Minocqua, Wis. — U.S. Congressional Candidate Tom Tiffany was endorsed by the National Rifle Association on Friday and given an A+ rating heading into the Republican special primary for Wisconsin’s 7th District on Tuesday, February 18. 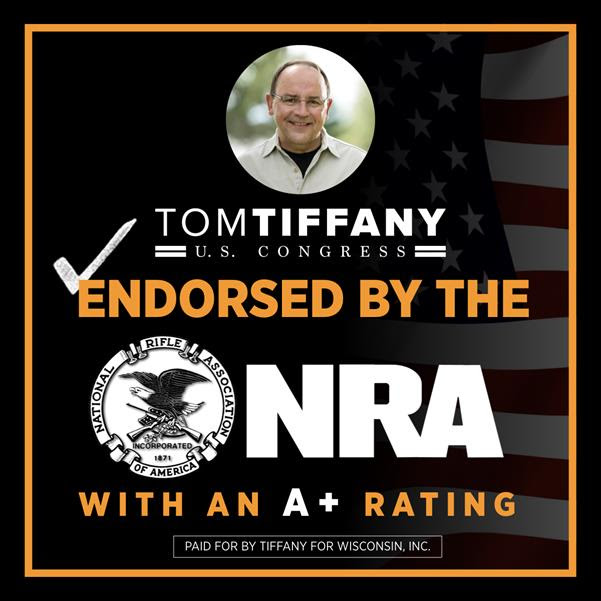 NRA Political Victory Fund Chairman Jason Ouimet said, “On behalf of our 5 million members throughout the country, the National Rifle Association Political Victory Fund (NRA-PVF) proudly endorses your candidacy for the U.S. House of Representatives in the February 18th Special Primary Election for the 7th Congressional District of Wisconsin.”

In response, Tom Tiffany said, “I am honored to receive the full endorsement of the National Rifle Association. As a proud NRA lifetime member with an A+ rating, I helped pass both concealed carry and Castle Doctrine at the state level. In Congress, Wisconsin gun owners and sportsmen and women can count on me to champion their rights and stand against attacks on the 2nd Amendment.”