The draft Assembly and Senate lines created for Gov. Tony Evers’ People’s Maps Commission would result in fewer majority-minority districts, according to a WisPolitics.com review of the data.

Christopher Ford, an emergency room doctor who chairs the commission, stressed in an interview that the maps released late yesterday were drafts. The commission will take input on the drafts and then create a new map he vowed will comply with redistricting requirements under the Voting Rights Act before it’s submitted to the Legislature.

Under the three Senate maps presented to the commission late yesterday, two have just one majority Black district, while one had none.

None of the Senate districts featured a majority Hispanic seat.

The three Assembly maps each have four districts where Blacks make up a majority of the voting-age population and just one Hispanic district.

Ford said the commission didn’t include Voting Rights Act requirements for the computer programs that drew the draft maps.

The federal requirement includes drawing districts with numbers that allow minority voters the opportunity to select the minority candidate of their choice.

Ford said commissioners took the computer-generated maps and made adjustments for factors such as maintaining communities of interest. They are now bringing in a specialist to do an analysis on how the maps comply with the Voting Rights Act and will factor that into the final lines that are drawn.

“It’s a part of the process that we always intended to have,” Ford said. “These are draft maps at the end of the day and we are looking to make sure that we have all of those boxes checked.”

The conservative Common Sense Wisconsin knocked the draft maps, saying they will need a total redraw of Milwaukee to comply with the Voting Rights Act. The group includes Joe Handrick, who has worked as a redistricting consultant for Republicans.

“No plan that ignores the VRA with only a vague promise to get to it later can be taken seriously,” the group tweeted today. 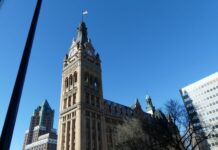