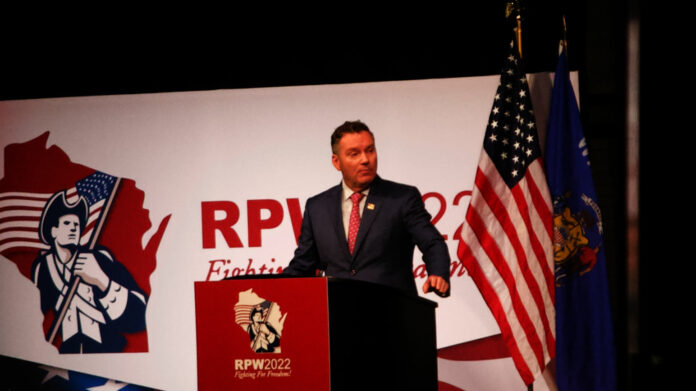 Tim Michels’ campaign is arguing signatures should be counted regardless of whether his nomination papers listed the village in which he lives or the municipality he uses as his mailing address.

Dems filed a challenge to hundreds of Michels’ signatures because some of his nomination papers list Chenequa rather than his mailing address of Hartland as required.

But in a response to the complaint yesterday, Michels’s attorney argued the address he listed meets the state requirements because he receives mail whether the address put down is Chenequa or Hartland. Matthew Fernholz added the issue shouldn’t be fatal and his nomination papers substantially complied with state law.

“An order that ousts a candidate for failure to identify a mailing address’s municipality — notwithstanding the fact that the candidate provided an accurate mailing address at which he receives mail — unreasonably impairs the right of voters to associate and restricts the voters’ opportunity to cast a ballot for the candidate of their choice,” Fernholz argued.

Ahead of filing the response, Michels submitted an affidavit to the commission acknowledging his campaign used the wrong nomination form when gathering signatures to get him on the ballot. But he insisted the mistake was inadvertent.

Michels said the campaign uploaded a nomination form to be used that listed Chenequa as his address. He said the mistake wasn’t noticed until after nomination papers had been filed, adding there was no intent to deceive voters about where he lives.