Polling that shows 41 percent of Wisconsin voters strongly disapprove of President Trump’s job performance could make for a “challenging environment” for Republican candidates in next year’s races, according to the polling firm’s CEO.

The results, from mobile and online polling firm Morning Consult, also showed Trump’s approval in the state of Wisconsin is lower than it is nationally — 35 percent in the state who strongly or somewhat approve compared to 40 percent across the country.

And of those findings, just 14 percent in Wisconsin strongly approve of Trump’s performance compared to 18 percent nationally.

The firm’s co-founder and CEO Michael Ramlet referred to that as a “softer base” — something that should be making Wisconsin GOP politicians nervous.

“When I start looking at Trump’s approval, this is where I would start to get antsy if I was a Republican member or senator or candidate,” the Wisconsin native told a WisPolitics.com breakfast in DC on November 16.

The poll, which is a rolling average based on a survey of 1,723 registered Wisconsin voters from Oct. 16 to Nov. 16, also found Gov. Scott Walker’s approval rating underwater, with 50 percent of respondents who somewhat or strongly disapprove of the job he’s doing while 41 percent somewhat or strongly approve.

But Ramlet noted Walker’s approval rating has slowly been ticking up following his failed run for president in 2015.

“If you ran for president and lost, your approval rating doesn’t look good across the country so it’s not unique to Gov. Walker. Chris Christie (of New Jersey) is the least liked governor in the country,” he said.

As for U.S. Sen. Tammy Baldwin, who’s up for re-election next year, 38 percent of respondents strongly or somewhat approve of her work while 41 percent somewhat or strongly disapprove.

Nineteen percent say they don’t know or don’t have an opinion, despite Baldwin facing a “pretty competitive race” in 2012 against former state Gov. Tommy Thompson, Ramlet said, he he added: “That was six years ago and it seems like a lifetime ago in American politics.”

And, he noted, Baldwin last time around — along with the other U.S. senators up for re-election — ran during a President Obama re-election bid, saying the coalition he put together looks “very different” from the voter base in a midterm election.

But Ramlet predicted the independent voters would be the ones “that will really kick in in this race” — especially those who only registered a somewhat approval or disapproval of Baldwin.

The poll’s results show of respondents who identify as independent, 28 percent somewhat approve of Baldwin, 6 percent strongly approve, and 22 percent each strongly or somewhat disapprove, while the remaining 22 percent don’t know or don’t have an opinion.

Meanwhile, 42 percent strongly or somewhat approve of U.S. Sen. Ron Johnson’s job performance, while 38 percent disapprove and 20 percent say they don’t know or don’t have an opinion of the Oshkosh Republican’s performance.

The poll has a margin of error of plus or minus 2 percentage points.

Listen to the event:
https://soundcloud.com/wispolitics/wispol-dc-breakfast/s-52oeV 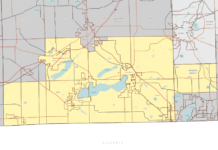 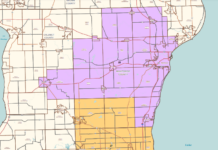