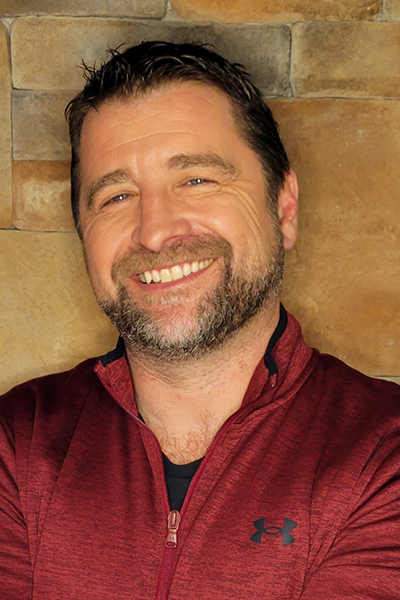 Rob Hostrawser is the director of operations for the business, which launched in November. In a recent interview, he explained the company was created by community stakeholders to address a shortage of housing in the region.

“Part of the charm with Stoughton is having that smaller town appeal, but the problem we run into now is that we’re really losing out on the families, the school enrollment, the business growth opportunities that other communities are having,” he said.

Eldon Homes founder and owner Keith Anderson currently lives in Virginia, but most of his family remains in Stoughton, Hostrawser (pictured here) said. Anderson’s family ran the GM dealership in the area for decades, and he and his wife Tammy met nearly 40 years ago while attending high school in Stoughton, a release from the company shows.

The business was created after Anderson — a successful housing developer who previously worked for a large firm called NVR — learned enrollment at the Stoughton Area School District had been declining for years, Hostrawser said. Anderson recently donated $1 million to the school district for a new sports complex, slated to open next fall.

But he and others in the community wanted to do more, starting with creating more housing options to attract new residents and businesses to the area. Hostrawser and his wife Fauna have been involved in homebuilding and real estate in Stoughton for nearly 20 years, he said.

“It’s more of a heartfelt venture than a financial venture for us,” he said. “At the end of the day, we all want to succeed — we need to. We have bills to pay, and lots of them right now.”

The company plans to build 54 homes in the area this year, and is currently working with vendors to overcome supply chain delays and disruptions. Eldon Homes aims to build about 120 homes next year, and 80 more units in 2024 as part of a planned retirement community.

“Now we’re pre-buying windows, we’re pre-buying lumber packages, we’re ordering cabinets. Cabinets went from two weeks to 14 weeks, and then to 20 weeks,” Hostrawser said. “We’ve got to order cabinets before we even start digging a hole, so it’s a little backwards these days.”

Anderson’s relationships with large national firms have helped the company get certain fixtures “for substantially less than you can find anywhere locally,” Hostrawser added.

Despite supply chain challenges and high prices for most building materials, he said local vendors have “really stepped up” to deliver on bulk orders. Since launching late last year, Eldon Homes has become the largest purchaser of supplies at Stoughton Lumber, Hostrawser said.

“We’re buying 10-house packages at a time, and those are somewhere around $80,000 a crack,” he said. “That’s just for a package of lumber, that doesn’t include all the fixtures that go in there. So we’re spending about $1 million a month going out of the checkbook.”

Meanwhile, the company has spent about $6 million on land in the area for future developments, according to Hostrawser.

“We’re blessed to have the horsepower and the backing we do to make this happen,” he said. “Because we want to be able to offer what the big guys do, but we want to still be your neighbors doing it.”

Eldon Homes this month plans to finalize the purchase of a 10,000-square-foot building on Stoughton’s Main Street that will serve as the company’s corporate office and design center. It’s scheduled to open this summer.