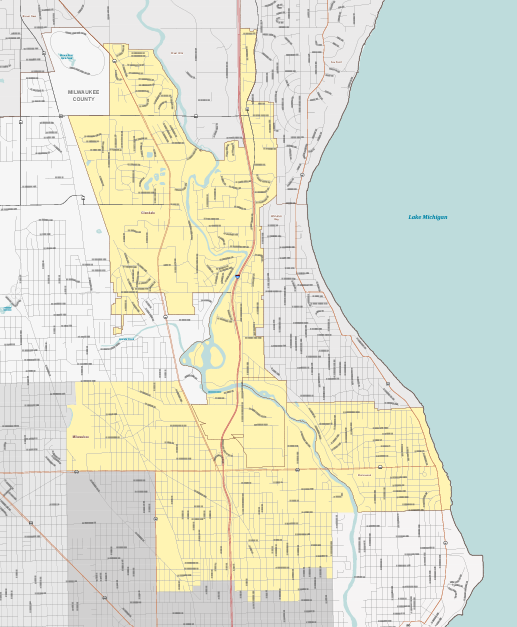 Bryan Kennedy, 52, is looking to make the jump from city to state government by trying for the 10th Assembly District seat. And while his opponent, Milwaukee native Darrin Madison, 25, is a newcomer when it comes to holding elected office, he’s certainly no stranger to politics.

Both candidates spoke to WisPolitics.com this week about some of the central topics surrounding their primary election. The two meet Aug. 9 in a Dem primary that will all but formally decide the next state representative from the district.

The 10th AD is made up of several neighborhoods on the north end of Milwaukee, including Williamsburg Heights, Grover Heights, and Arlington Heights, as well as the village of Shorewood. The seat is currently held by Dem Rep. David Bowen, who after a brief campaign for lieutenant governor earlier in the year announced he would be leaving office. The winner of this primary will appear on the ballot unopposed in November.

Kennedy, the mayor of Glendale and former Glendale-River Hills School Board member, views the Democratic Party’s current minority position in the Assembly with a certain sense of realism and said he  is more than willing to work across the aisle with Republicans at the next level.

Kennedy, who said he is a firm believer in a woman’s right to have an abortion, also recognizes that Democrats will be “in the minority” concerning their opinions about Wisconsin’s 1849 abortion ban that went into effect after the U.S. Supreme Court struck down Roe v. Wade.

Kennedy said he would back a compromise to reimplement Wisconsin’s ban on abortions after 20 weeks with exceptions for the life and health of the mother. That legislation doesn’t include exceptions for rape and incest.

“If we’re able to get something that’s pretty close to Roe, I would support it,” Kennedy said.

“I’m not willing to compromise. The state shouldn’t control women’s agencies to be able… to control their reproductive rights,” he told WisPolitics.com. “That’s skewing the lines between the relationship between church and state, and I can’t support any legislation that compromises that.”

Kennedy looks forward to using the state’s estimated budget surplus of $3.8 billion as an opportunity to invest in state priorities in lieu of cutting future taxes or returning those funds to taxpayers through a rebate.

But he said he’s willing to compromise with Republicans on the use of the funds.

“If Republicans were to propose [a] compromise that would involve some tax cuts and some [state] priorities… I would certainly be willing to have that conversation,” he said.

Madison said that the state’s projected surplus can be an opportunity to allocate government funds to what he sees as underfunded areas.

Concerning high gas prices, Kennedy opposes a suspension of the gas tax, calling it a “gimmick” that would not fix the overall problem. He instead blames the way that the economy has treated petroleum and gas as a whole.

“We’ve built our whole economy on cheap gas and the overall problem is that we call ourselves a market-based economy, and yet the way in which we’ve treated petroleum is not market-based at all,” Kennedy explained. “We actually have to start looking at petroleum and gas as a much larger scale issue and not with short-term fixes.”

When asked about potentially eliminating the gas tax and making up the lost revenue by either borrowing money or suspending planned infrastructure projects, Madison said that neither of those options were “the best way forward.’’

Kennedy also sees the 10th AD’s open seat as an opportunity to work on issues that “aren’t being talked about by either party.”

“The things I’m going to focus my attention on have to do with local control issues that I’ve experienced being a school board member and as a mayor, and I believe… that when we raise [those issues] together we’ll be able to get some bipartisan support,” Kennedy said.

Both candidates stated that they would support another presidential bid by Joe Biden in 2024.