Paul Ryan has not had an open forum with his constituents since the election, despite the intense public interest in talking about the controversial health plan he authored and pushed through the House of Representatives. On Friday, Speaker Ryan said he would hold no public town hall meetings because he does not want “a screaming fest.”

The public town hall that Speaker Ryan skipped on Saturday was anything but disruptive. The session began with three nurses offering their perspective on the GOP health plans, followed by a detailed discussion with Congressman Pocan, who although he represents the Second Congressional District grew up in Ryan’s district in nearby Kenosha. Paul Ryan’s constituents peppered Congressman Pocan with questions about who would be harmed by the Trump-Ryan health care plan, how the Affordable Care Act could be improved, and whether using BadgerCare as a public option could eventually lead to Medicare for All. 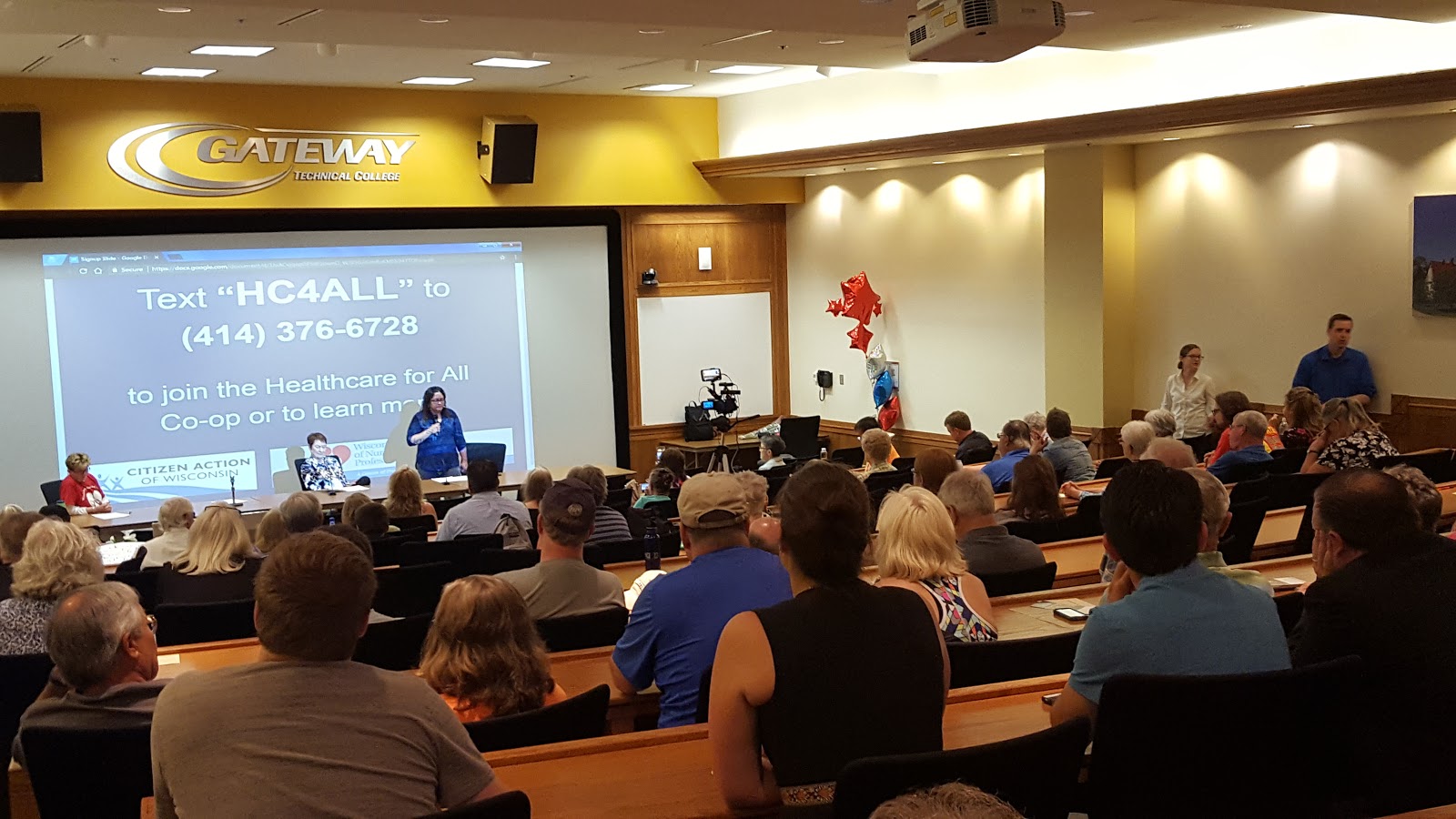 “When something happens to a member of a family – whether it’s a physical illness or an accident or a substance abuse problem  – everything else stops and everyone in the family is focused on that member until the crisis is resolved,” said Lee Acord, a retired nursing professor at Marquette University who lives in Racine. “We know family is important to Paul Ryan. . . . All I ask is for the same respect from him. People just want to take care of their families. I just want to take care of my family.  The health care bill that Paul Ryan is pushing targets families and keeps us from being able to take care of our families and that’s just wrong.”

“I work for a Medicaid funded long term care program designed to help people 18 and older with disabilities, and the frail elderly maximize independence, provide choices, and keep down cost,” said nurse Alicia Edwards. “Large cuts to Medicaid would affect the number of people that qualify for theses services.”

The next two weeks may determine whether Paul Ryan and Senate Majority Leader Mitch McConnell will succeed in radically restructuring the American health care system to fund huge tax cuts for the wealthy. According to press reports President Trump plans a full court press to pressure wavering Republican Senators. They will need to overcome a unprecedented tide of public opposition to their plans to take health care away from over 20 million people to fund huge tax cuts for the rich. According to Axios, the Senate bill is the most unpopular bill in 30 years.

The town hall was part of Citizen Action of Wisconsin’s new Health Care for All organizing co-op which is led by nurses, doctors, and patients. For more information contact Katie Dunn, katie.dunn@citizenactionwi.org