“There’s a lot we don’t yet know about Kevin Nicholson, but we do know that he’s sure to benefit from $3.5 million from an Illinois CEO with a reputation for spending millions to influence the right-wing agenda,” said Brad Bainum, Democratic Party of Wisconsin spokesperson for the 2018 Senate race. “Kevin Nicholson backs the Trump-Ryan tax plan that gifts 80% of cuts to wealthy billionaires like Uihlein, so every Wisconsinite should be wondering what else Nicholson has already promised his out-of-state billionaire benefactor in exchange for financial support. Are Wisconsin voters comfortable with a right-wing billionaire CEO from Illinois trying to handpick our state’s next U.S. Senator?” 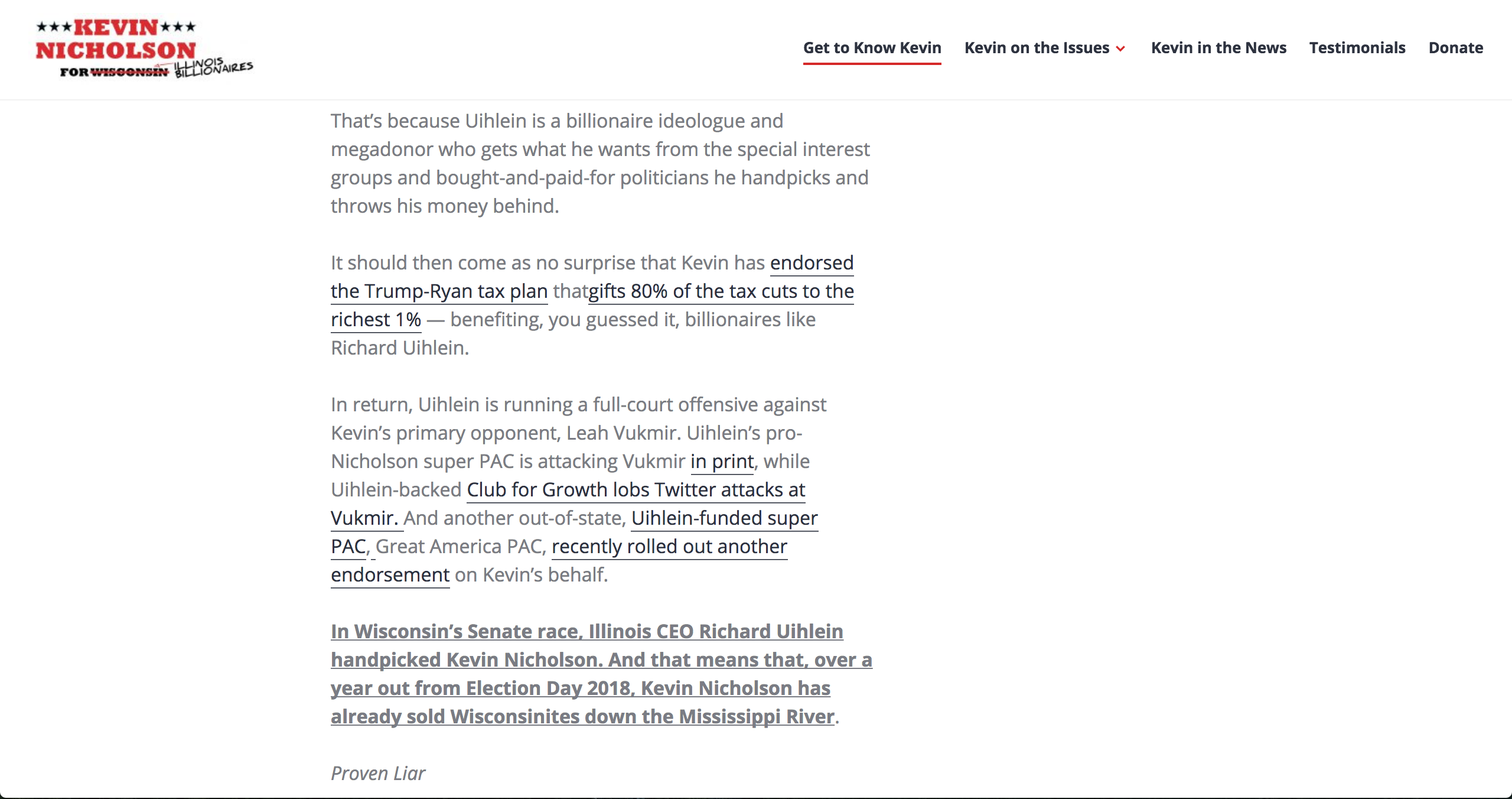