NTU Foundation’s Taxpayers’ Budget Office (TBO) project often criticizes the Congressional Budget Office (CBO) for failing to take into account the best available modeling in its projections, but there are rare instances where the agency deserves praise for doing exactly that. CBO’s newest analysis of the National Flood Insurance Program (NFIP), the government-run insurance program with a virtual monopoly on flood insurance policies, does in fact utilize private modeling that forecasts a $1.4 billion shortfall between the program’s claims paid out and premiums taken in – a larger gap than is foreseen with the actuarial model that is normally used to project NFIP’s fiscal outlook. 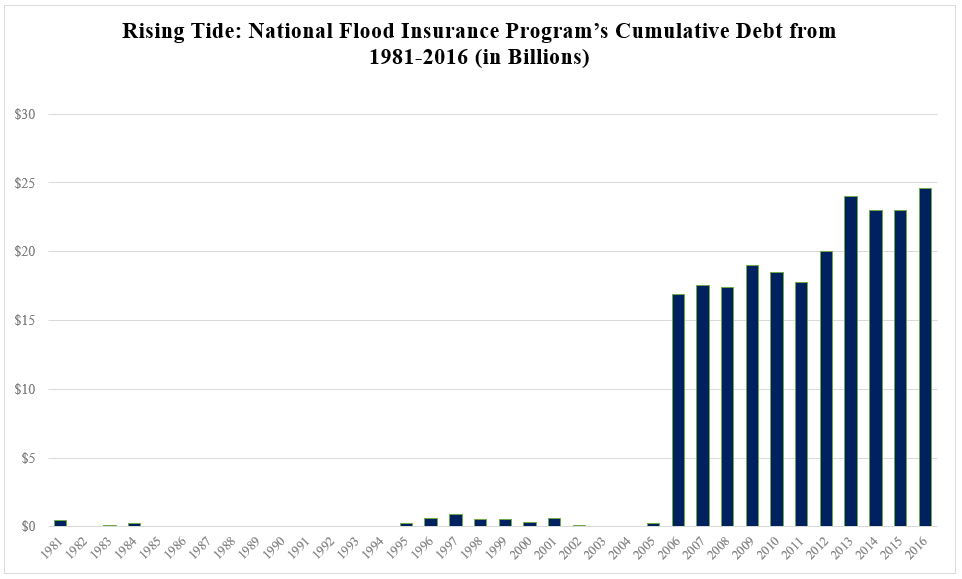 Had it not drawn upon the expertise of private sector modeling, CBO may well have produced yet another analysis that underestimated future costs to taxpayers of a program that has proven enormously costly in its nearly 50 years of existence. NFIP’s current debt has reached nearly $25 billion. Learn more.

The Pros & Cons of the House Budget Resolution

The House Budget Committee recently released its budget resolution for FY 2018. On paper, the blueprint promises to balance the budget within 10 years, with a $9 billion surplus in 2027. NTU Foundation is pleased to see that the resolution includes some of the savings recommendations from our Common Ground report jointly produced with U.S. PIRG to identify common sense budget reforms. However, when looking at the numbers that the House Budget Committee specifies to reach a balanced budget, the predictions may prove to be overly optimistic. While there are certainly worthy reforms included in the resolution that would set the budget on a path to fiscal balance, there are also potential pitfalls that will impede progress. Learn more.

Bipartisan Solutions Needed to Correct Course on the National Debt

With the national debt looming around $20 trillion and the projected debt of $30.743 trillion in 2027, Congress and the President have a responsibility to cut the national debt. A look at the main drivers of debt illustrate that as solutions are put off, the problem will only get worse. Learn more.

Dept. of Health Services: More than 220,000 Wisconsin households to receive additional FoodShare benefits for July and August in response to COVID-19 pandemic