The Whitney M. Young, Jr. award is the most prestigious given by Urban League Boards across the country. It’s given in honor of the great civil rights leader and former head of the National Urban League. Young is known for turning the National Urban League from a relatively passive civil rights organization into one that aggressively worked for equitable access to socioeconomic opportunity for the historically disenfranchised. Young was an important adviser to Presidents Kennedy, Johnson, and Nixon and his push for a “domestic Marshall Plan” was partially incorporated into President Lyndon B. Johnson’s War on Poverty. 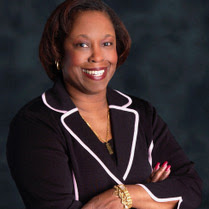 Frances Huntley-Cooper is a zealous advocate for underrepresented and vulnerable individuals. She had a 28-year career in social services as a Social Worker/ Supervisor for the Dane County Department of Human Services working with children, youth and families. She made history by becoming Wisconsin’s first and only African-American mayor when she was elected Mayor of Fitchburg in 1991. She currently serves on the Madison College Board of Trustees where she just completed a two-year term serving as the first female, African-American Chairperson of the Board. She is a tireless community volunteer and social activist. A small sampling of her community involvement includes being an active member of Alpha Kappa Alpha Sorority, Inc. – Kappa Psi Omega chapter, Capital City Hues newspaper board president, TEMPO Madison member and past president, and NAACP ACT-SO Chair, life member/past president. She is also a YWCA Woman of Distinction recipient. 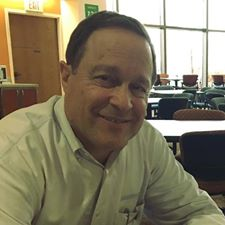 Steven A. Goldberg retired in 2016 from the CUNA Mutual Group after 48 years of serving the company in various positions, most recently as Executive Director of the CUNA Mutual Foundation, where he led the company’s local philanthropy and community relations from 2003 to 2016. He continues his community involvement by consulting with nonprofits on their business plans and their fund development strategies, emceeing community functions and attending numerous nonprofit events. His community service work over the years has included the United Way of Dane County Board of Directors and Vision Council, co-founding and serving as president of the Madison Consumer Credit Counseling Service, Treasurer for Family Service of Madison Board of Directors, Rotary Club of Madison Board of Directors, and Wisconsin Philanthropy Network Board of Directors. Steve also served as member of the Campaign Cabinet for the Urban League of Greater Madison’s Time is Now campaign which raised a record $4.2 million for the League’s relocation and expansion in South Madison. Steve recently came out of retirement to work with Madison College on the planning and fundraising for their new South Madison Campus, which Steve describes as “a game changer.”
Urban League CEO Ruben Anthony will also present this year’s President’s Awards. Anthony explained that “the awards honor community servants who are dedicated to helping make Madison a great place for everyone live, work, and play” and that he is “honored to recognize their commitment to the Urban League mission.” The 2017 President’s awardees will include:
The awards will be presented as part of the 5th Annual Urban Cabaret on Friday, October 13 at the Monona Terrace Convention Center in Madison. The Cabaret is expected to raise more than $100,000 to support Urban League empowerment, employment, and education programs.

###
The Urban League of Greater Madison’s mission is to ensure that African Americans and other community members are educated, employed and empowered to live well, advance professionally and contribute to the common good in the 21st Century. We are committed to transforming Greater Madison into the Best [place] in the Midwest for everyone to live, learn, and work. We are working to make this vision a reality through a comprehensive strategic empowerment agenda that includes programs & services, advocacy, and partnerships & coalition building. www.ulgm.org

Join WisPolitics.com, WisBusiness.com and the Wisconsin Technology Council for the fourth 2021 trade policy virtual event on Tuesday, Dec. 7, from noon to 1 p.m. CT. Attendance is free.

Hear from Canadian and Mexican officials and the Wisconsin Economic Development Corporation about how USMCA will impact Wisconsin businesses and economic recovery.