[Madison, Wis.] – Gov. Scott Walker’s campaign on Tuesday launched a statewide digital ad campaign on his bold reforms providing tax cuts for hard-working families, in contrast to his Democrat opponents who want to take our state backward to the days of double-digit deficits and higher taxes.

“With over $8 billion in tax cuts through 2018, it’s clear we’ve made it a top priority to lower the tax burden on Wisconsinites because we know you will spend your hard-earned dollars better than the government will, but there is more to be done,” said Gov. Walker. “Democrats want to take our state backward to the days of double-digit tax increases, billion-dollar budget deficits, and record job loss – we must fight to keep moving Wisconsin forward.”

The ad campaign includes images that will run as ads on social media and display ads on news sites and other websites, as well as ads on other online platforms. The ads will link to an online petition urging Wisconsinites to support Gov. Walker’s efforts to cut taxes and stop Democrats from taking Wisconsin backward.

Below is an example of a graphic that will run as part of the digital ad campaign: 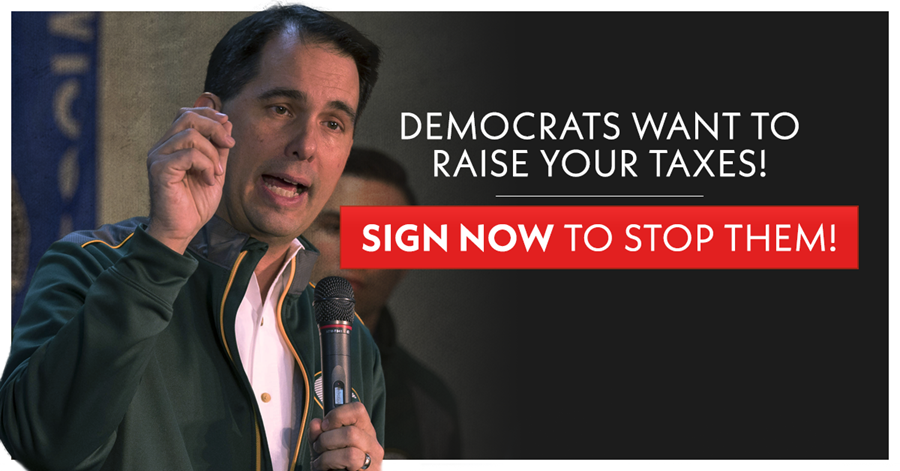