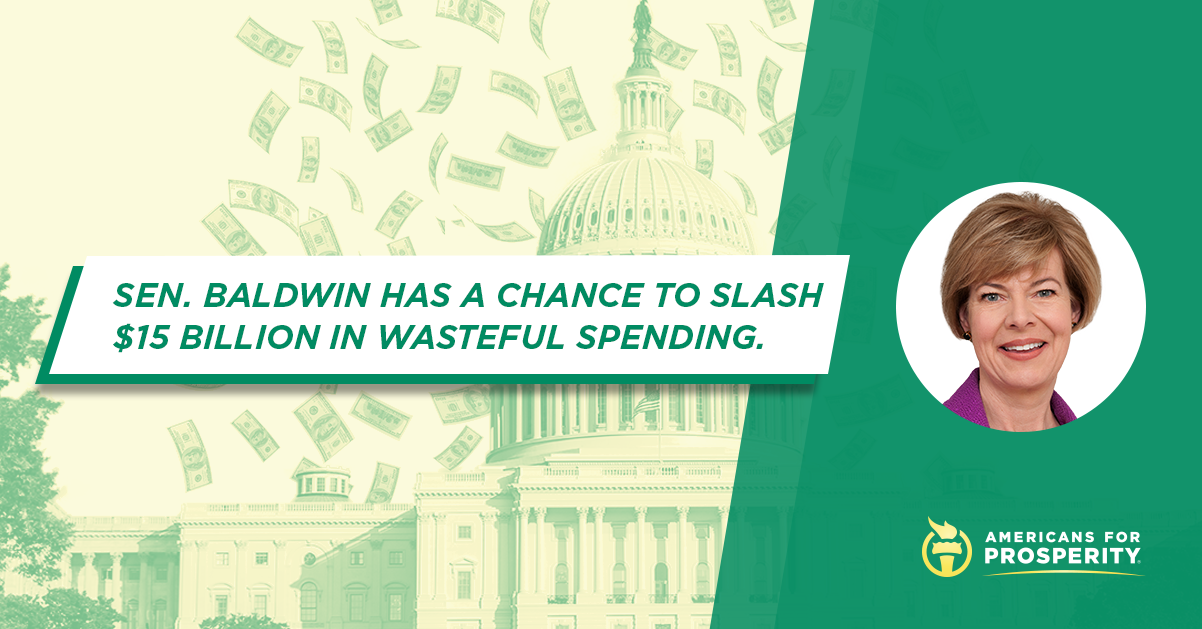 MADISON, WI – Americans for Prosperity-Wisconsin (AFP-WI) today launched a statewide digital advertising campaign to encourage U.S. Senator Tammy Baldwin to support a measure recently passed by the House of Representatives that would save taxpayers over $15 billion. The free-market activist group launched the ads as part of AFP’s national “Stop Overspending” campaign to encourage Members of Congress from both political parties to confront Washington’s spending problem and embrace fiscal responsibility.

“Tammy Baldwin pays lip service to fiscal responsibility but fails to back up her words with her votes. The House did right by Wisconsin taxpayers earlier this month when they took a first step towards reining in Washington spending. The Senate should follow suit. With Washington spending set to top $4 trillion this fiscal year, now is the time for Senator Baldwin to rise above partisan politics and begin the hard work of getting our nation’s fiscal house in order.  We sincerely hope that Senator Baldwin will seize this opportunity to be part of the solution instead of continuing to be part of the problem.”

While tax reform was a significant achievement for hard-working Americans, AFP-WI has long-advocated the importance of pairing tax cuts with spending restraint to grow the economy and improve the lives of all Americans. Unchecked spending in Washington threatens to undermine economic growth.

The launch of AFP’s “Stop Overspending” campaign over Memorial Day recess included robust digital, direct-mail, print, and radio advertising in congressional districts across the country. President Trump’s $15.3 billion rescission plan proposed earlier this month presents an opportunity for lawmakers to demonstrate fiscal responsibility by supporting this modest attempt to undo some of the overspending damage.

Hawkins campaign: Supreme Court nomination should wait until after the election