MADISON, Wis. – Today, Attorney General Brad Schimel is recognizing National Sunshine Week and celebrating record-breaking benchmarks and accomplishments of the Department of Justice’s (DOJ) Office of Open Government (OOG) in 2017. Attorney General Schimel created OOG in 2015 and has dedicated significant agency resources towards promoting open government across the state in the years since OOG’s creation.

“Open government is good government,” said Attorney General Schimel. “Since I established the Office of Open Government in 2015, we have worked hard to respond to records requests faster and found new ways to make government more transparent. I am proud that local and state officials count on our office for advice on how to be more open, and that citizens ask for our help in letting the sun shine through their government.”

As seen in the following chart, members of the press, public interest groups, and other members of the public have made significantly more public requests every year since 2015. Before Attorney General Schimel took office, the agency received about 400 requests per year. In 2017, the agency broke all previous records by responding to nearly 700 public records requests, an increase of over 60% since Attorney General Schimel took office. 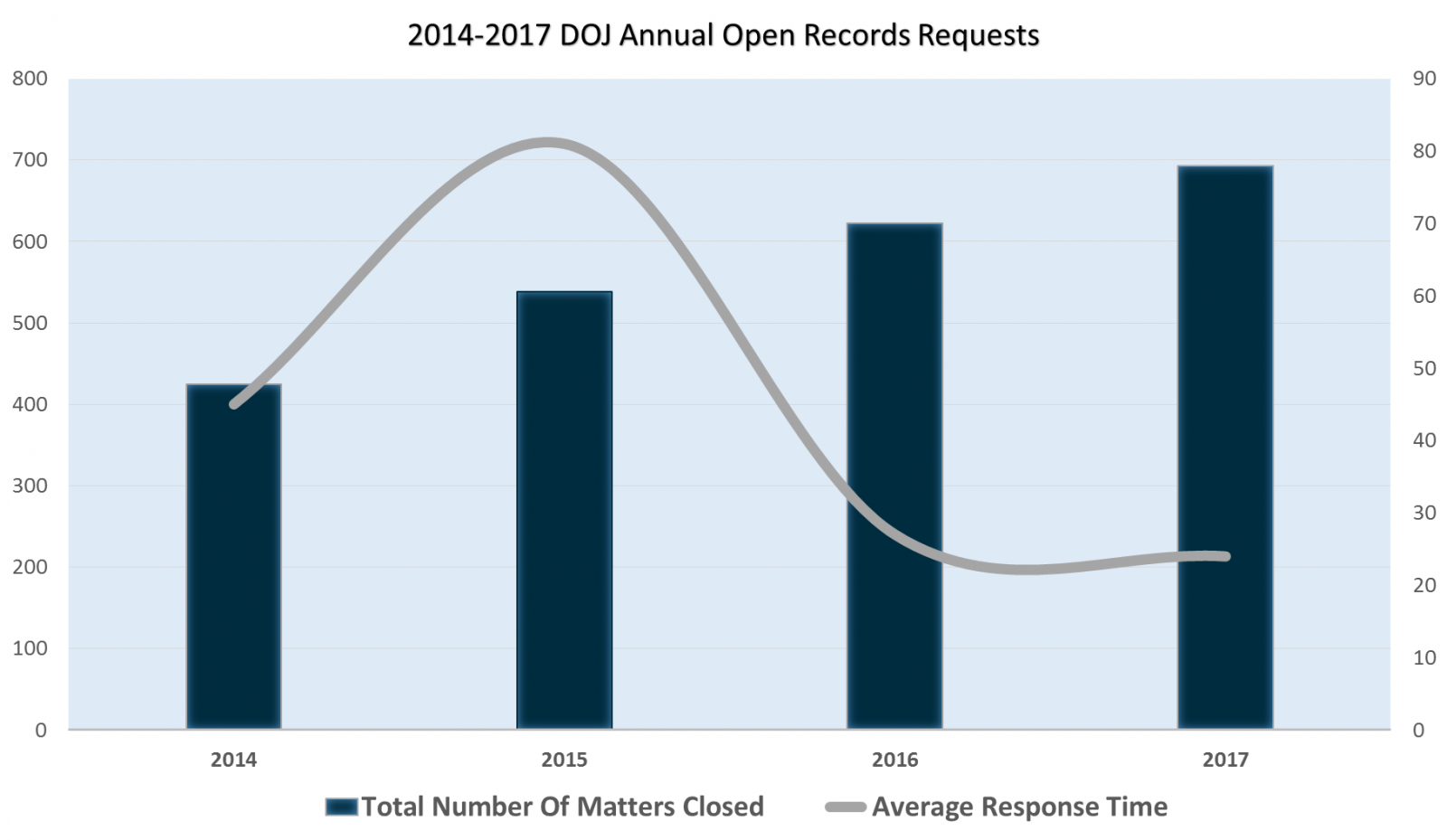 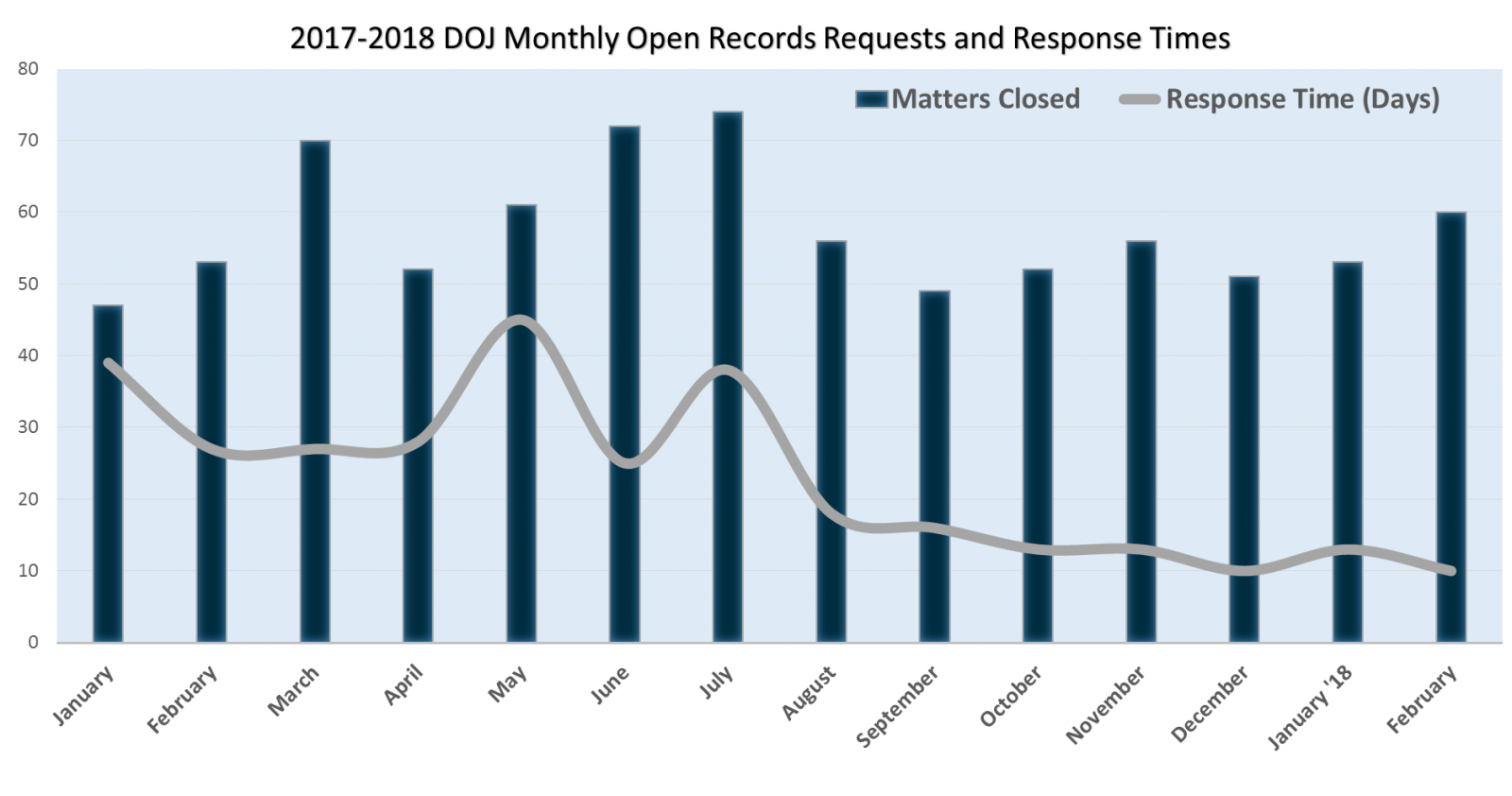 Every Tuesday on the office’s website, staff posts a record of all pending public records requests, along with the requesters’ names (when appropriate and available).

Second, in the interest of transparency and efficiency, the office posts specific responses to public-records requests that may be of particular public interest, or may be the subject of multiple requests for the same records. The office has posted records on topics ranging from the John Doe leak investigation to environmental litigation involving the Department of Natural Resources.

Moreover, DOJ has been the first state agency to publicly release a spreadsheet containing all of the salaries and pay rates of agency employees from 2009 to 2017 (excluding certain Division of Criminal Investigation (DCI) special agents, for public safety purposes).

The OOG also maintains the Public Records & Open Meetings (PROM) Help Line, where anyone can obtain assistance from our legal experts on Wisconsin’s public records and open meetings laws. In 2017, the office received 523 calls to the PROM help line, where OOG attorneys and staff answered pressing open government questions from across the state.

Finally, in 2017, Attorney General Schimel increased the number of employees dedicated to open government. The Office of Open Government now includes two attorneys, two paralegals, and one legal associate. This is in addition to the seven DCI employees, and other assistant attorneys general who regularly support the mission of the office.

Summary of Notable Accomplishments in 2017