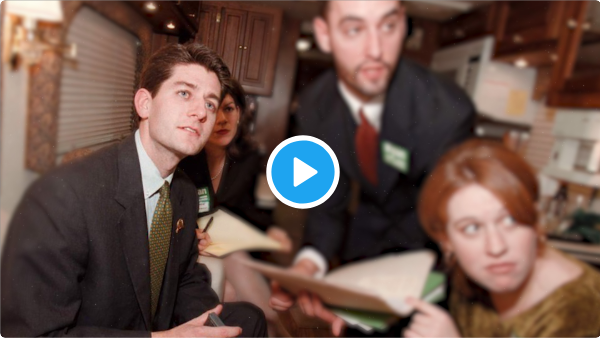 Watch on  YouTube
It’s the 1990s, and an idealistic young conservative is forming a set of bold—and at times, politically contentious—ideas about the role of the federal government and our tax system. But as he’ll learn as a member of Congress from Wisconsin, there is a reason tax reform hasn’t happened in nearly 30 years. This is the story of Paul Ryan and his relentless drive to pass the first tax reform law in a generation.

It is a cause, and a career, that was decades in the making.

Click here to watch the full series (19 minutes total), or choose an individual episode below.

Episode 2: The Wilderness
Episode 3: The Groundwork
Episode 4: The Speakership
Episode 5: The Agenda
Episode 6: The Finale