Common Cause Wisconsin: Wisconsin state legislative candidates & partisan gerrymandering: Which side are they on?

Home » Press Releases » Common Cause Wisconsin: Wisconsin state legislative candidates & partisan gerrymandering: Which side are they on? 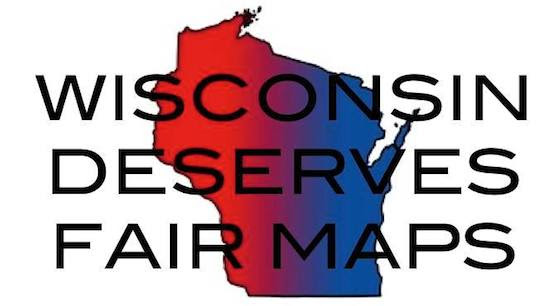 Redistricting Reform Referendums on Eleven County Ballots and
a People’s Map Commission Public Hearing – October 29th
During the current election season and during the 2019-2020 legislative session, non-partisan redistricting reform was a leading political reform issue and initiative among citizens throughout Wisconsin and in the media. Common Cause in Wisconsin (CC/WI) helped unite pro-reform legislators and citizens behind a single measure — 2019 Assembly Bill 303 and 2019 Senate Bill 288 — that is modeled after Iowa’s highly successful, 40-year-old redistricting process that takes the partisan politics out of redistricting and delegates the boundary-drawing to a non-partisan state entity that does not utilize partisan political considerations in their task.
Nonpartisan redistricting reform has received the unprecedented endorsement of every Wisconsin daily newspaper editorial board. As well, thousands of citizens expressed their support for ending gerrymandering by voting for county advisory referendums to end partisan gerrymandering, in letters to editors, communications to legislators, and by attending one of numerous “reform forums” (both in-person and virtual) CC/WI and other organizations organized over 2019-2020 in every part of Wisconsin.
Advisory referendums in support of ending partisan gerrymandering in Wisconsin during the upcoming redistricting process next year are on the November 3rd election ballot in eleven counties: Adams, Bayfield, Brown, Crawford, Door, Dunn, Iowa, Jefferson, Kenosha, Rusk and Waushara. In addition, referendums are on the ballot in three municipalities: the city of Barron (in Barron County), the city of Racine (in Racine County) and in Land O’Lakes (in Vilas County). Voters have the opportunity to send Wisconsin legislators a strong message that they oppose rigged, partisan voter maps in these referendums.
While the Republican state legislative leadership continues to oppose this reform and refused to hold even a public hearing during the past legislative session, redistricting reform is very much an issue during this current election season.
As we have done for every election since 2014, CC/WI wants to make it simple and easy for Wisconsin voters to see which state legislative candidates support the non-partisan redistricting reform embodied in the “Iowa Plan” by providing an updated list of those candidates on our website. These candidates have either co-sponsored AB 303/SB 288 during the 2019-2020 legislative session as incumbents, or have informed us, or one of our coalition partners that they support this reform if they are challengers. If a candidate who supports the Iowa Model reform legislation is not on our list, that candidate — or her/his campaign — may contact us and we will be happy to add them.
Wisconsinites will also have an opportunity to weigh in publicly this Fall and next year in support on ending partisan gerrymandering by testifying at one of the eight (virtual) public hearings (one in each of Wisconsin’s eight congressional districts) being scheduled by Governor Ever’s “People’s Map Commission.”
The next virtual People’s Map Commission hearing is tomorrow evening – Thursday, October 29th. This one gives priority to voters who live in Wisconsin’s 5th Congressional District (Milwaukee & suburbs) to testify for up to three minutes. But voters who reside in other congressional districts in Wisconsin may submit written comment and testimony at any time to the Commission. Here is how to testify and to submit written comments:
Thursday, October 29, 2020, 5th Congressional District, 6 p.m. – 8:30 p.m.