NEW VIDEO: One Month Ago, Trump Promised 27 Million Tests, But Fewer Than 4 Million Have Been Conducted to Date

The Reality: Roughly 750,000 Coronavirus Tests Had Been Conducted in the U.S. by March 28.

A Month Later, Only 4 Million Coronavirus Tests Have Been Conducted in the U.S.

Protect Our Care’s Coronavirus War Room today is releasing a new video blasting the Trump administration for promising 27 million tests a month ago, when in reality only 4 million tests have been conducted.

“A month ago to this day, the Trump administration promised more than 27 million tests would be available by the end of March. But the reality is that less than 15% of that number have been conducted,” said Zac Petkanas, Coronavirus War Room Director. “Experts have said Trump’s failure to provide enough tests increased the number of cases in our country and continues to keep us at greater risk. Incredibly, under Trump’s leadership testing has slowed down because he neglected to secure enough basic supplies like swabs.”

“This failure to provide adequate testing is what we’ve come to expect from the Trump administration and it’s a direct contrast to what we’re seeing from other countries. Less than two months after their first confirmed coronavirus cases, South Korea had tested ten times as many people as the United States. Now, South Korea is re-opening their economy after only a few hundred deaths while thousands of Americans have lost their lives and millions of US workers are out of a job.”

“The time for excuses is over. Donald Trump’s broken promises are making us less safe.” 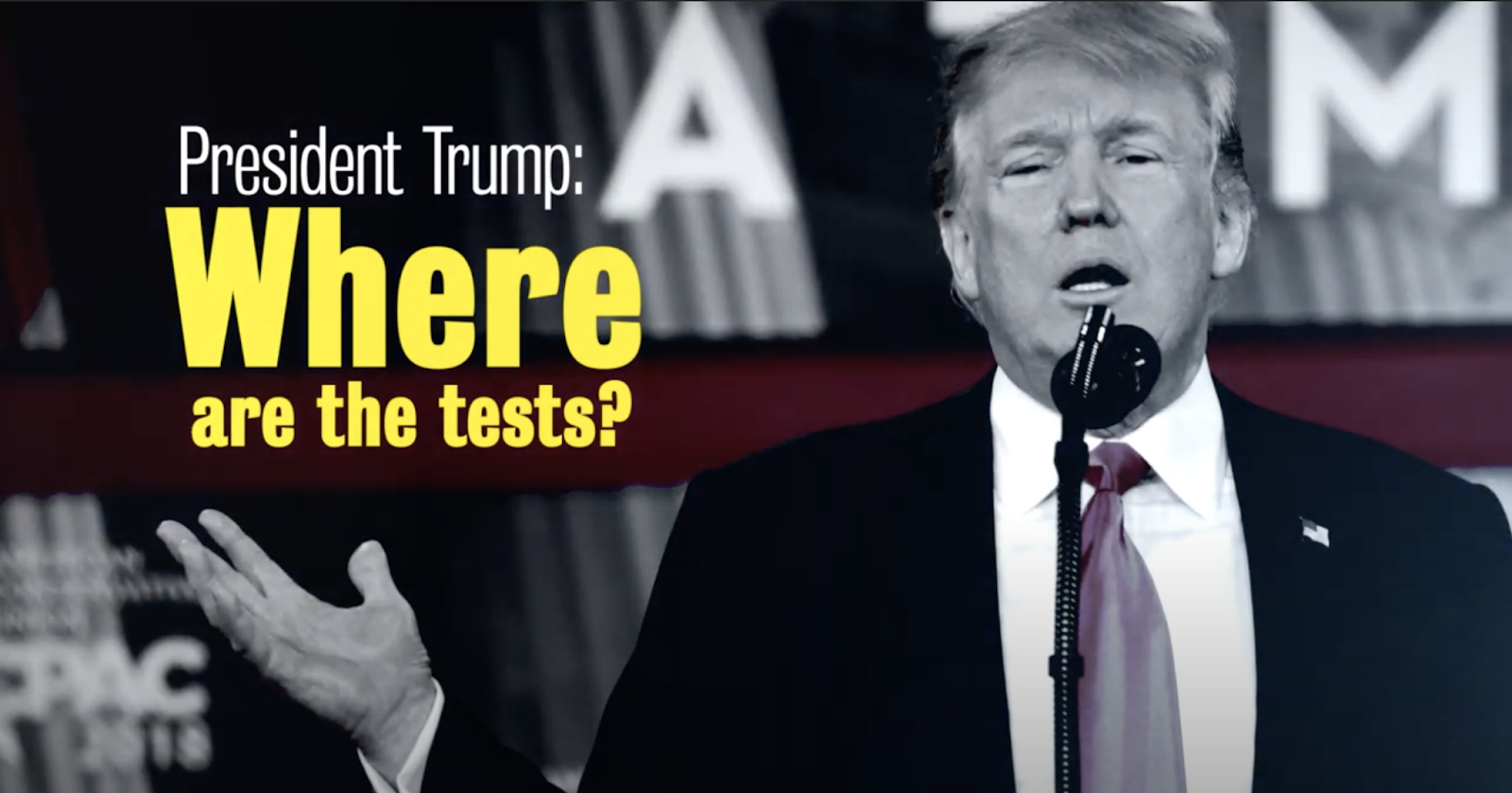 At a White House briefing on March 21st, Assistant Secretary for Health and Human Services Admiral Brett Giroir said that, “we expect that, by March 28th, to be well over 27 million into the market.”

But the reality is that it was just another broken promise by Trump.

While South Koreans are able to return to work after surpassing the U.S. in testing