Ahead of Early Voting, Rep. Mark Pocan and Health Care Advocates Blast Republican Attacks on Wisconsinites’ Health Care, Discuss What is at Stake in 2020 Election 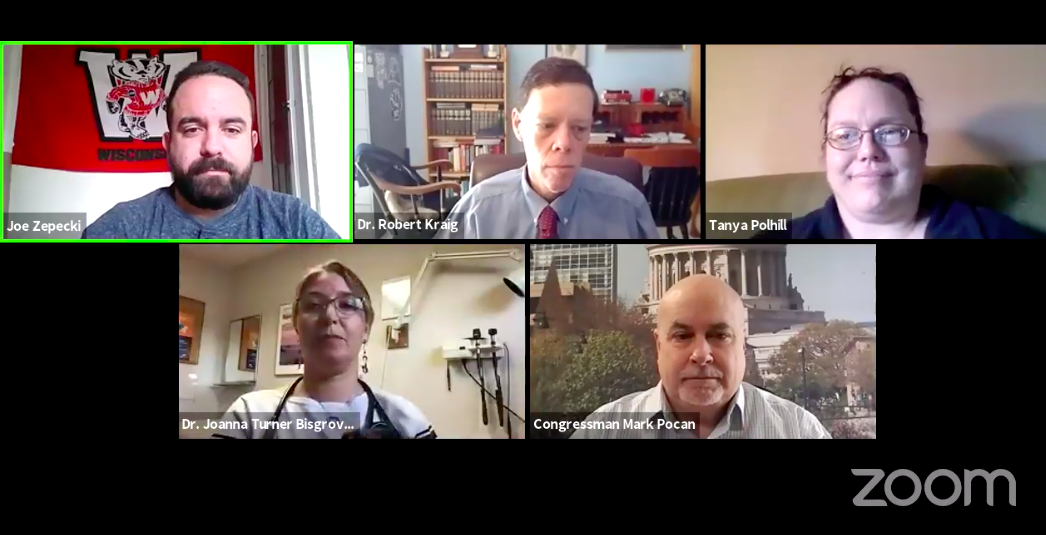 MILWAUKEE, WI – Today, just one day before early voting begins in Wisconsin, Congressman Mark Pocan, primary care physician Dr. Joanna Turner Bisgrove, Citizen Action of Wisconsin Executive Director Dr. Robert Kraig, and Watertown resident and caregiver Tanya Tolhill joined Protect Our Care Wisconsin for a virtual press conference to discuss what is at stake for Wisconsinites’ health care in the 2020 election, particularly as COVID-19 cases continue to surge across the state and the Republican Senate rushes to fill a Supreme Court vacancy with a judge who is hostile towards the Affordable Care Act.

On November 10, one week after the election, the Supreme Court will hear oral arguments in the Trump administration and Republicans’ lawsuit to eliminate the Affordable Care Act. Speakers discussed the implications of the lawsuit for Wisconsinites, particularly those with pre-existing conditions who rely on the Affordable Care Act for access to quality, affordable health coverage.

“If I’m not healthy, I can’t work. And if I can’t work, I can’t have health insurance, but it’s not my only fear. The one that keeps me up at night is the fear of losing the protections for pre-existing conditions not just for myself but also for my son,” said Tanya Polhill, a caregiver from Watertown, Wisconsin, who relies on the Affordable Care Act’s protections for pre-existing conditions for herself and her son. “Without pre-existing protections, my son will never be able to obtain or afford health insurance that he needs to remain healthy… and this will significantly decrease his quality of life and limit his possibilities.”

“We’re trying to prevent disease from happening before it gets there. Number one, it keeps people healthier. Number two, it’s cheaper for you as a person in the community. It’s cheaper for health care in general, and the Affordable Care Act helps bring that together,” said Dr. Joanna Turner Bisgrove, a practicing family physician in Oregon, Wisconsin. “If the Affordable Care Act were to go away, patients would lose the ability to have – it would make it much harder to have – that long-term relationship with their primary care doctor, and that could be devastating.”

“We fought very hard both to pass the ACA… and then to protect it against this endless drive to spread disinformation and to simply get rid of it with no replacement,” said Dr. Robert Kraig, the Executive Director of Citizen Action of Wisconsin. “There is no question that the drive to take health care away from 20 million people – even in a pandemic – is unrelenting, and that the only recourse is to go and vote.”

You can watch the event here, and learn more about how the Trump administration’s lawsuit to eliminate the Affordable Care Act would devastate Wisconsinites here.

RSVP today: From dairy to tech: How smarter immigration policy can help the Midwest workforce

Tom Still, president of the Tech Council, will moderate.

The program is set to run via webinar from noon to 1 p.m.