Joe Biden spent forty-seven years shipping American jobs to China and devastating manufacturers with high taxes and harsh regulations, undermining the blue-collar workers that he claims to represent. In contrast, President Trump built the greatest economy in the world and continues to lead the Great American Comeback through his pro-growth agenda. As Vice President Pence discussed during a ‘Made in America’ event in Eau Claire, Wisconsin, President Trump is the clear choice for American workers:

“From the time President Clinton signed NAFTA into law there were 60,000 factories that closed in the United States, and many of those jobs went south of the border, and many of them went overseas. In all of his years in office and as vice president, Joe Biden never lifted a finger to fix NAFTA, or to renegotiate the deal with our neighbors to the north and the south in a way that would put American jobs in the city and on the farm first. But thanks to President Donald Trump, NAFTA is history and the U.S.-Mexico-Canada Agreement is here to stay, and it’s a win for American jobs.” 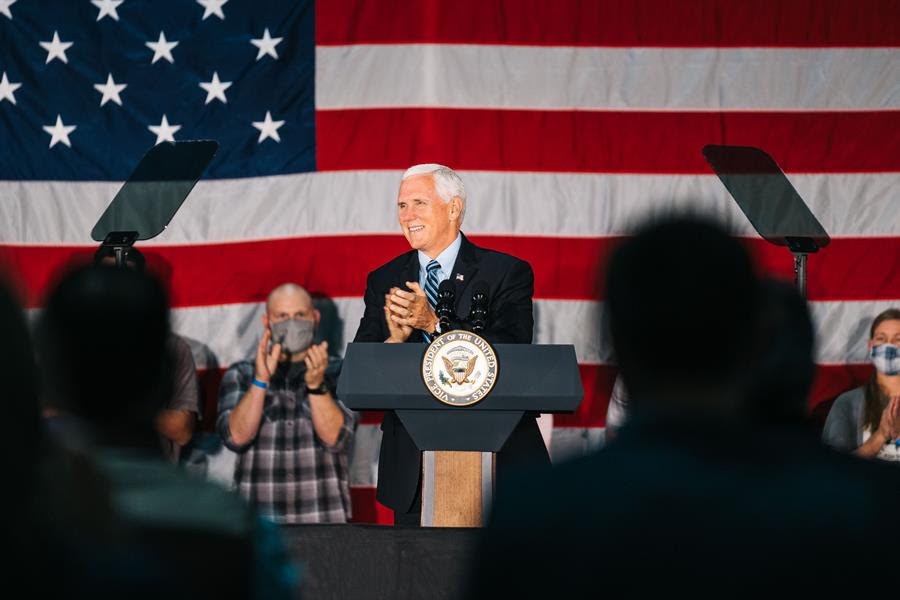 Vice President Pence will also travel to Minneapolis, Minnesota to host a ‘Cops for Trump’ listening session with Ivanka Trump. The Trump Administration will always back the blue and stand with the men and women who keep our streets safe.