(MILWAUKEE, WI) — DNC Chairman Tom Perez blasted Donald Trump for his broken promises on health care to Wisconsinites at a roundtable at Coffee Makes You Black in Milwaukee yesterday. Trump has repeatedly tried to take protections away from Wisconsinites with pre-existing conditions and has fought against legislation that would lower prescription drug costs, despite promising to do just the opposite.

See some of the coverage from the event below. 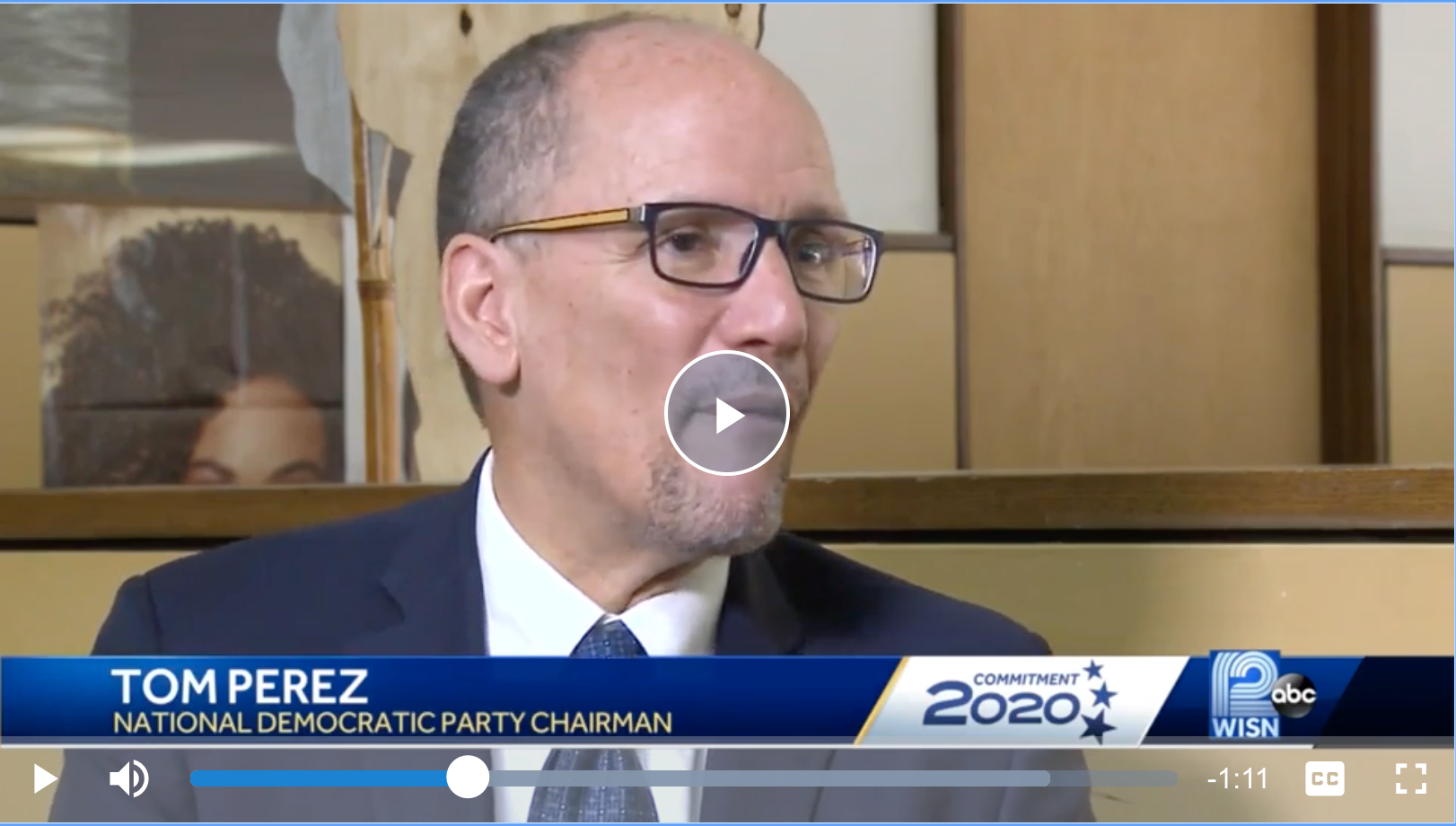 WPR: “During a visit to Milwaukee Thursday, Democratic National Committee Chairman Tom Perez called out President Donald Trump and Congressional Republicans for breaking their promise to offer people better, more affordable health care coverage. ‘There are 2.4 million Wisconsin residents with a pit in their stomach because their health care is in danger,’ Perez said during a round table discussion at Coffee Makes You Black, a coffee shop on Milwaukee’s north side…The events were part of a tour Perez is on across battleground states to discuss health care following last month’s passage in the House of Representatives of a bill that would allow the government to negotiate lower prescription drug prices. The bill, HR 3, is titled the Elijah E. Cummings Lower Drug Costs Now Act, is not expected to get through the U.S. Senate, and the White House has announced that Trump would veto it if it came to his desk, according to NPR.

The program is set to run via webinar from noon to 1 p.m. on Thursday, May 20.