Barnes Leads in Every Media Market in the State, Highlighting his Broad and Diverse Coalition of Support Across Wisconsin

MADISON — Today, Mandela Barnes’ campaign for U.S. Senate released new polling that shows that Lt. Gov. Barnes has built a broad coalition of support across Wisconsin, and is the clear Democratic frontrunner in the race for U.S. Senate.

The poll finds that Barnes holds a 29-point statewide lead over the rest of the Democratic field, including a clear lead in every Wisconsin media market. The poll also found that Lt. Governor Barnes is wildly popular among Democrats across the state, and has a distinct advantage across all demographic groups, including men, women, seniors, young people, and independents.

“Wisconsin Democrats are united behind Mandela Barnes as the candidate who can defeat Ron Johnson and deliver real results for working families.  They’ve seen first hand the work Mandela has done in every corner of this state, and they know they can trust him to invest in Wisconsin jobs and infrastructure, make universal healthcare a reality, safeguard reproductive freedoms and our Democracy, and tackle the climate crisis head-on,” said Barnes campaign manager Kory Kozloski. 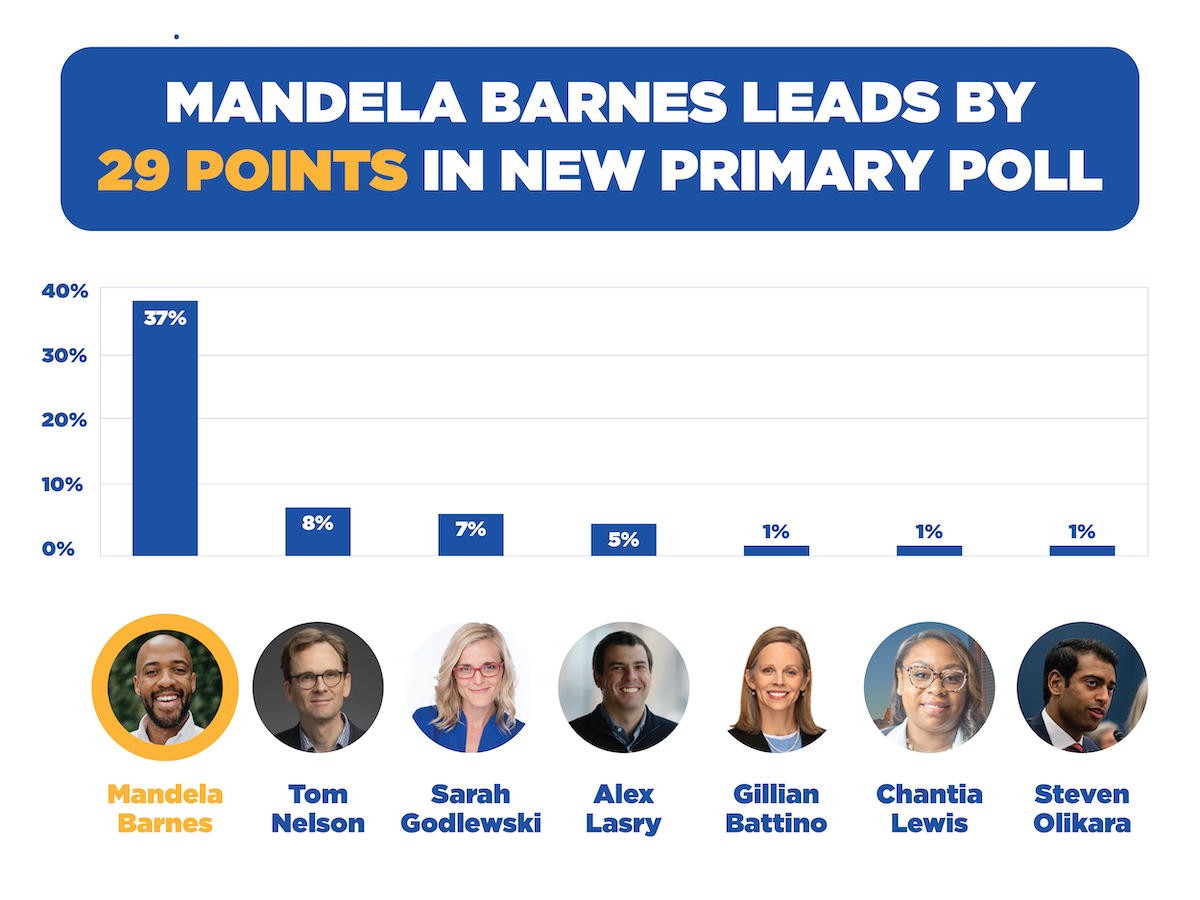 The poll, conducted by Clarity Campaign Labs, surveyed 698 likely 2022 Wisconsin Democratic primary voters from August 28 – August 30. The results have a margin of error of +/- 3.7%.

Fair Elections Project: Statement on Republican effort to get US Supreme Court to throw out redistricting case