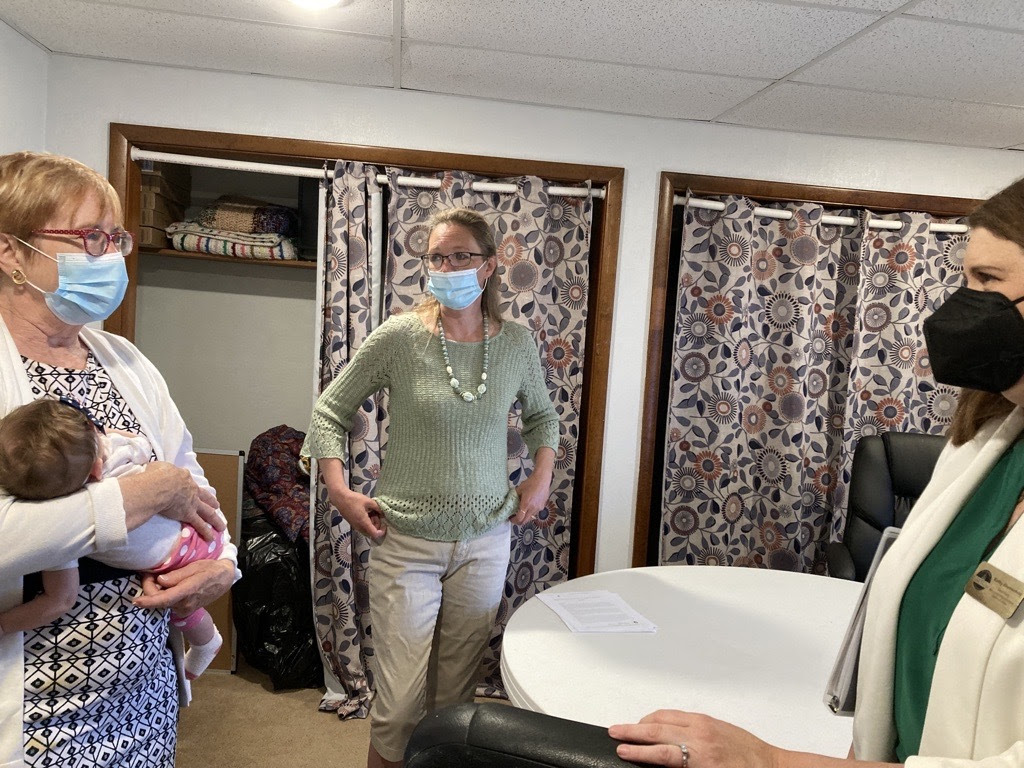 “The state has been a great partner for us,” said former mayor Deb Lewis, and homeless task force member. “Some journeys out of homelessness take longer than others, but we’re helping people get back on their feet, so they don’t have to come back.”

The shelter had received more than $1 million in support through DOA programs, including a $700,000 Community Development Block Grant, a $3,000 State Shelter Subsidy Grant, and over $300,000 in Emergency Solutions Grant funds, to help make necessary renovations, critical electrical upgrades, and accessibility improvements at the previously rundown motel. Joined by Interagency Council on Homelessness director Michael Basford, the group toured the shelter which now offers safe emergency year-round housing to families and individuals, along with wrap-around services and support.

“This is a much safer operation than what was here before,” said homeless advocate and task force leader Parker Sterling. 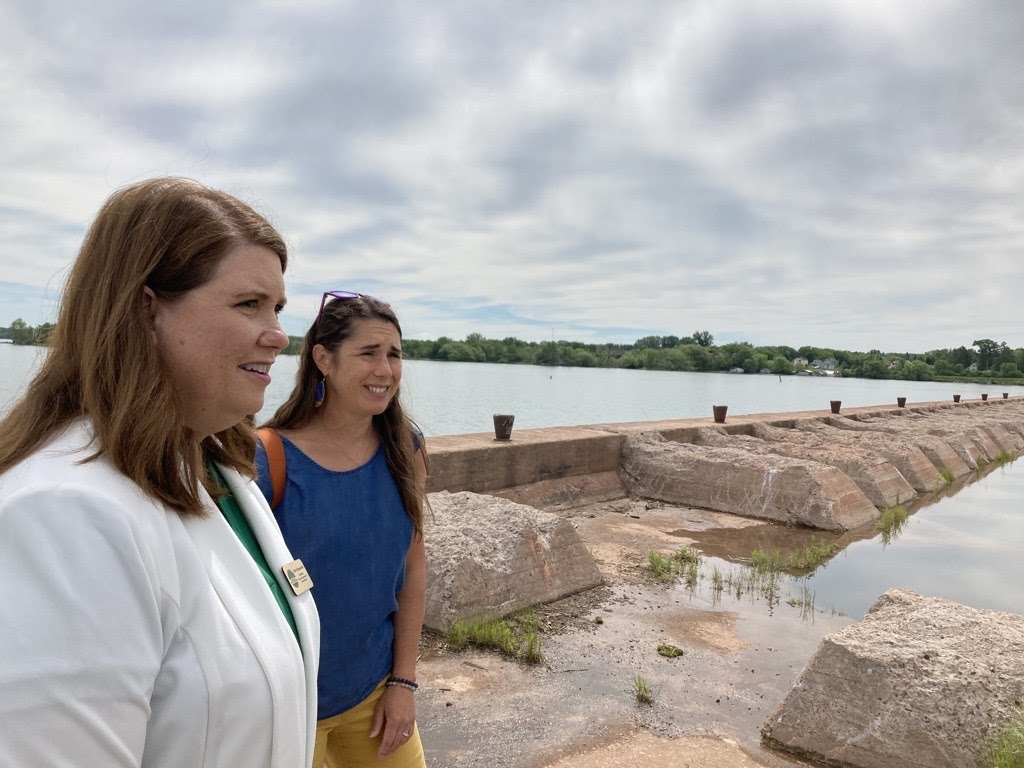 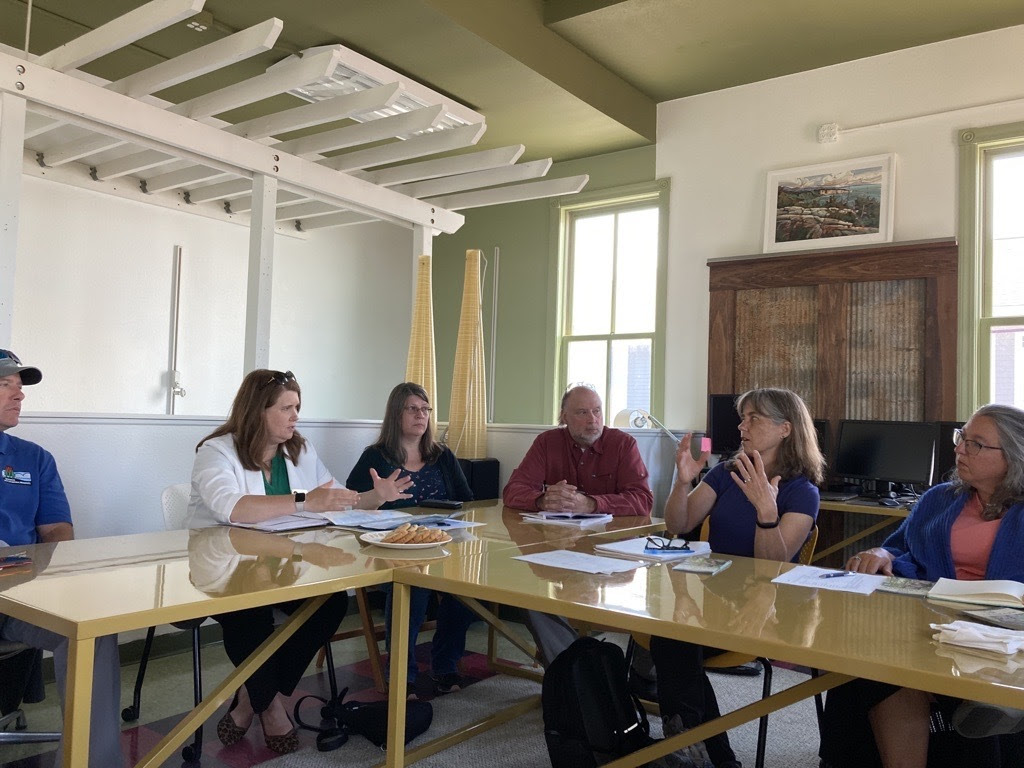 Ashland County experienced a 19% uptick in direct tourism spending, while Bayfield County experienced a 22% increase in 2021, reflecting the impact from Governor Evers’ focus and investment to support tourism. “We don’t feel left out,” said Erica Peterson, Friends of the Apostle Islands National Lakeshore board member.

Finally, the Secretary-designee met with Red Cliff Tribal Chairman Boyd, Vice Chairman Gordon, and other tribal members to discuss ongoing pandemic recovery efforts, and areas of tribal concern, followed by a tour of the Red Cliff Fish Company. The Red Cliff Tribe is the largest employer in the county, and Tribal leadership continues to invest in workforce and other quality of life issues for the community. 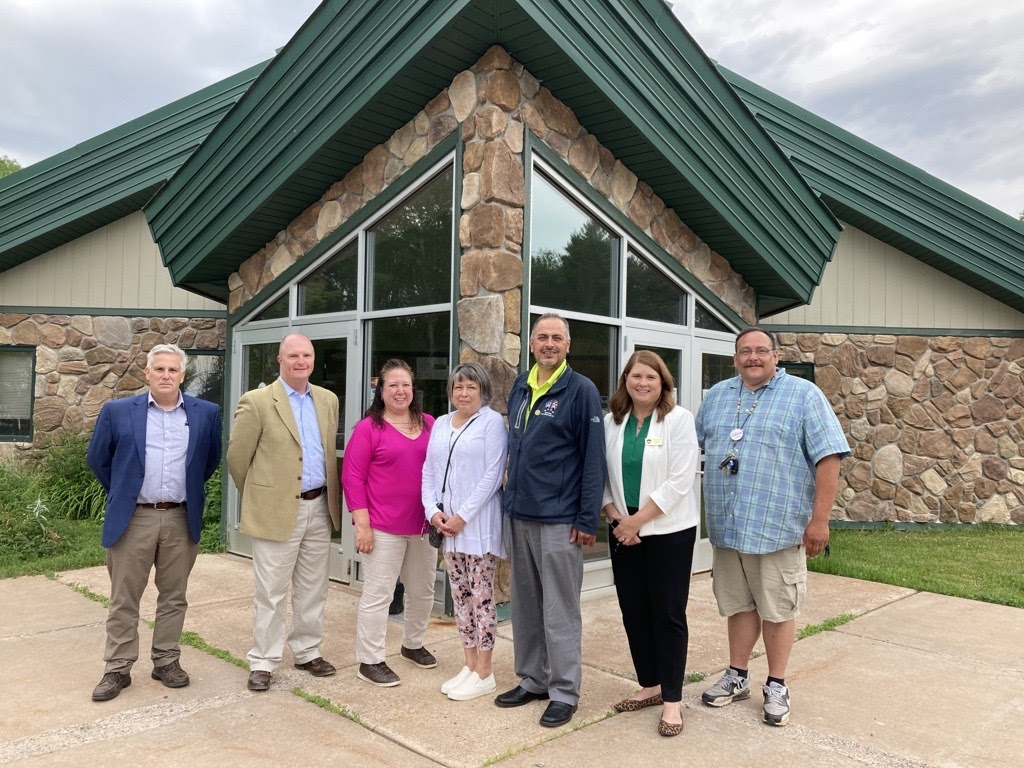 “What an incredible opportunity to see the impact of state investment and community partnerships and collaboration firsthand, across Northwestern Wisconsin,” said DOA Secretary-designee Kathy Blumenfeld.

“We’re so proud to support ongoing efforts to help the crown jewel of our state to continue to rebuild and thrive.”

“Chi-miigwech to Secretary-designee Blumenfeld for visiting in person and for the open discussion on issues facing Tribal nations,” said Red Cliff Tribal Chairman Boyd. “It is very important for our Tribal nations to have the opportunity to work with the State to ensure our concerns are being addressed. We’re looking forward to strengthening relationships with the Wisconsin DOA.”

Wisconsinites can visit BadgerBounceback.wi.gov to view pandemic-related assistance information for families, farmers, businesses, organizations, and communities, as well as the latest data and success stories about how COVID-relief investments are making a difference across the state. For updates on other recovery-related grant opportunities, sign up for the Badger Bounceback update list.