The ad, called “They Said It Themselves,” highlights comments from Republicans on banning abortion across the country and promotes DefendChoice.org – an online hub where volunteers can easily connect with the coordinated field campaign in Wisconsin, sign up to make calls or send texts through Democrats’ national distributed organizing program, and share their own personal story about the importance of protecting reproductive rights. 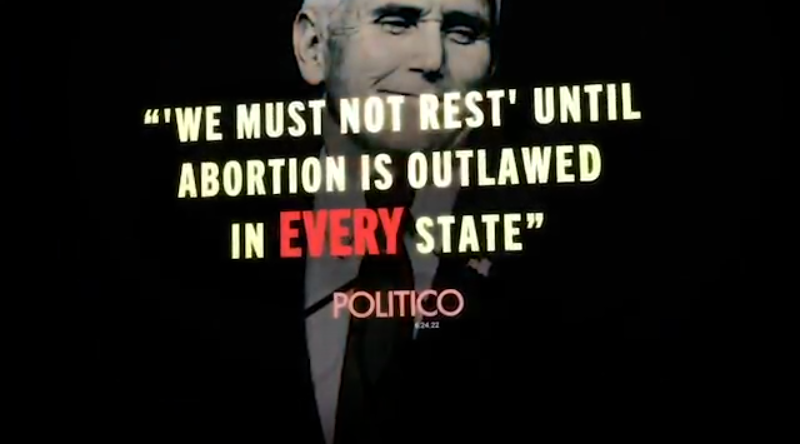 WATCH HERE
“Republicans have made clear over and over again that overturning Roe v. Wade is just the beginning – they won’t stop until abortion in illegal in every state, including Wisconsin,” said DNC Chair Jaime Harrison. “The DNC is making sure Wisconsinites know that Republicans are hellbent on banning abortion with no exceptions for rape or incest. Republicans are trying to take away their rights, but we can fight back by organizing and working to elect Democrats up and down the ballot in Wisconsin this November.”

As part of the Defend Choice Week of Action, the DNC launched digital display ads promoting DefendChoice.org on the websites of over 20 lifestyle publications and held a volunteer kickoff event coordinated by the DNC’s national distributed organizing team. Throughout the week, the DNC is encouraging volunteers and supporters to sign up for call and text shifts to reach out to voters in key battleground states and host friendbanks and community service oriented events to help supporters across the country get involved in their communities, and is working with coordinated campaigns and state parties across the country to hold organizing events to mobilize volunteers, engage new supporters, and hold press events across competitive battlegrounds.

Since the Supreme Court’s decision to overturn Roe v. Wade, in addition to launching www.DefendChoice.org, the DNC has launched a series of digital ads, began an extended “MAGA Hot Mic” campaign, and worked with state parties to organize press events calling out Republicans’ extreme MAGA agenda.