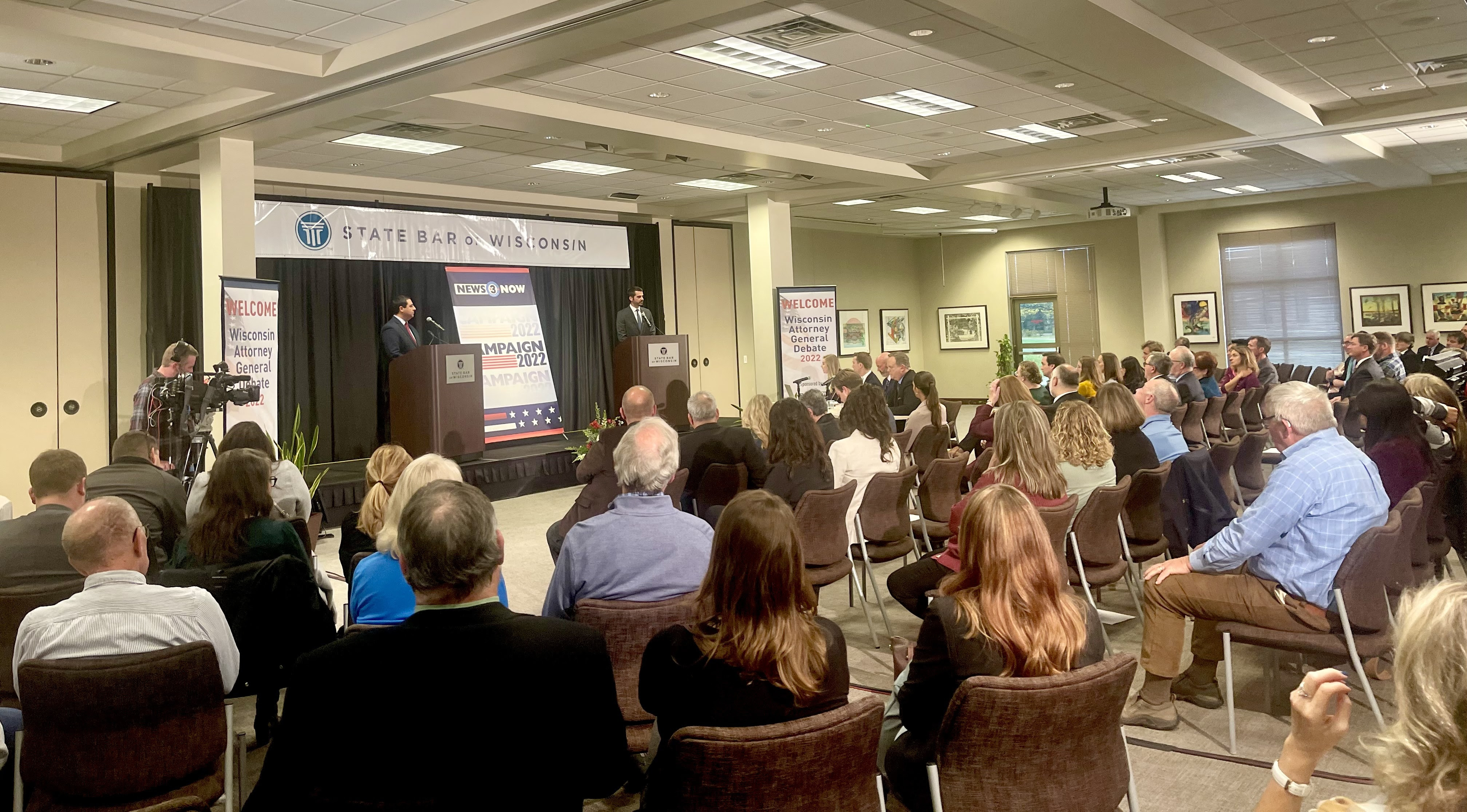 “With less than two weeks until Election Day, Republicans and Democrats agree I am the best choice to clean up our Department of Justice because of my proven track record of being tough-on-crime. Unlike Josh Kaul, I won’t pick and choose when to enforce the rule-of-law.

“The sad reality during this historic violence is that our Attorney General has effectively defunded positions at the DOJ. As Attorney General, I will immediately begin filling any open DCI agent positions as well as prosecutor positions in our Criminal Litigation unit at the Department of Justice.”BACKGROUND: Kaul’s DCI Administrator, Tina Virgil, said earlier this year that only 88 out of 113 positions were filled within DCI. TONEY ON KAUL’S FAILURES TO ASSIGN OVER 1,000 ICAC REFERRALS:

“Unlike our current Attorney General, public safety will be my number one priority. Kaul has failed to process over 1,000 ICAC referrals, which may be allowing child predators to roam free. This delay appears to be a direct result of Kaul’s failure to fill critical DCI law enforcement positions and comes during his mismanagement of the state’s crime labs. Kaul has been provided the opportunity to refute this multiple times – including during today’s debate – but he refuses to answer ‘yes’ or ‘no.'”BACKGROUND: Kaul’s DOJ is 1,000 ICAC referrals behind. That’s why Toney filed a public records request directly to Kaul on October 13th to demand that he immediately release the numbers of ICAC referrals that have been received under his watch and when they were assigned for investigation.TONEY ON KAUL’S MISMANAGEMENT OF THE CRIME LABS:

“Josh Kaul has mismanaged our state’s crime labs, despite the fact that Kaul’s entire 2018 campaign focused on how he was going to “fix” the crime labs. He’s failed on his #1 campaign promise.” BACKGROUND: Compared to former Attorney General Brad Schimel, Kaul’s crime labs are taking in thousands of less items, testing significantly less items and taking longer to test many categories of items – including DNA.TONEY ON OPIOIDS:

“Curbing the opioid epidemic will take a commitment from everyone, and I am proud to partner with sheriffs across Wisconsin to help fight the endless flow of fentanyl, methamphetamine, and other illicit drugs into our state.”