“Washington doesn’t need conspiracy theories, it needs practical solutions, and that’s what Sarah Godlewski is all about,” said Jake Strassberger, Campaign Manager for Sarah for Wisconsin. 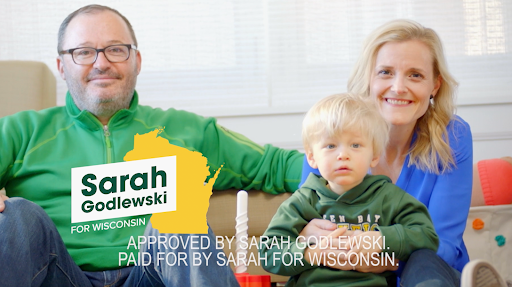 The most recent head-to-head poll showed Godlewski is well-positioned to beat Johnson in November and the only candidate leading the longtime extremist politician, pulling ahead by 2 points (48-46). Godlewski has received endorsements throughout the state from elected officials to community leaders. She’s also received backing from groups including EMILY’s List, No Dem Left Behind, United Rural Democrats, VoteMama, Her Bold Move, and Democrats Serve.

And what’s Ron Johnson done? Voted against new jobs and told us to take mouthwash to cure COVID.

I’m Sarah Godlewski. I grew up in Eau Claire where we’re more interested in common sense than conspiracies.

And common sense is what quite frankly we could use in Washington.

I’m Sarah Godlewski and that’s why I approve this message.