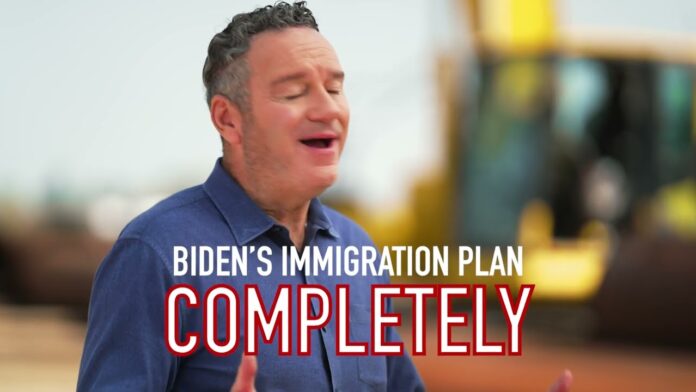 Michels has released a new TV ad touting Trump’s endorsement and his support for the former president’s wall along the southern border.

Michels was already up with an ad on immigration. It was recast to weave in Trump’s endorsement, and the new spot is expected to hit the air today.

Michels says in the spot he didn’t just agree with Trump’s call for a wall along the southern border, “I built him a prototype.”

Michels says Joe Biden is “rolling out the red carpet for illegal immigrants” and says “for illegals, no driver’s licenses, no benefits, no tuition.”

“There’s nothing racist about enforcing our laws, and when I’m governor, that’s exactly what I’m going to do,” Michels says.

One Nation ad says Johnson fighting back against inflation