At least $250 million was paid by taxpayers in a scheme that quadrupled the wealth of the Bucks’ New York billionaire owners, the son of one who is using this wealth to fund his Senate campaign. The deal for Foxconn was for $4.5 billion in taxpayer support.

The new commercial shows Nelson, the current Outagamie County Executive and lifelong Bucks fan, explaining that the Fiserv deal was a taxpayer ripoff that took away from needed investments. Outgoing Lt. Gov. Mandela Barnes, then a State Representative, voted for the crooked deal.

Lasry, one of the billionaire owners’ sons, and Barnes, the outgoing lieutenant governor, have supported the historic and massive taxpayer ripoff advocated by former union-busting Gov. Scott Walker, estimated at more than $800 million, even in the face of bipartisan opposition that included Americans for Prosperity Wisconsin and local Milwaukee electeds.

Lasry is running for the U.S. Senate, basing his candidacy on the Bucks “progressive values” and the goodwill and cold cash generated by his father’s investment in the Bucks, which has now QUADRUPLED in worth. Barnes, meanwhile, voted for Walker’s controversial bill to give away $250 million in taxpayer money to build the stadium, even as community leaders called into question this outrageous giveaway to make the rich richer while the working class and poor continue to struggle in Milwaukee.

Our Wisconsin Revolution Executive Director Andre Walton appeared with Nelson at a press event at Fiserv Forum before Game 3. Born and raised in Milwaukee, he noted, “I don’t think anyone can deny that Fiserv Forum is a beautiful arena, but while I look at this arena, and then drive back to my old neighborhood on 32nd and Wells, I see nothing has changed. In fact, things seem to be getting progressively worse. Why is it that we can always find money to subsidize the rich, but never have the funds to redevelop for the poor?”

But what I’m NOT rooting for is using YOUR tax dollars to make billionaires richer.

We paid a QUARTER OF A BILLION DOLLARS for the Fiserv Forum.

Even more for Foxconn.

Every dollar spent was taken from schools, roads, tax relief.

Things that benefit all of us.

Because the only team I’m rooting for is YOU. 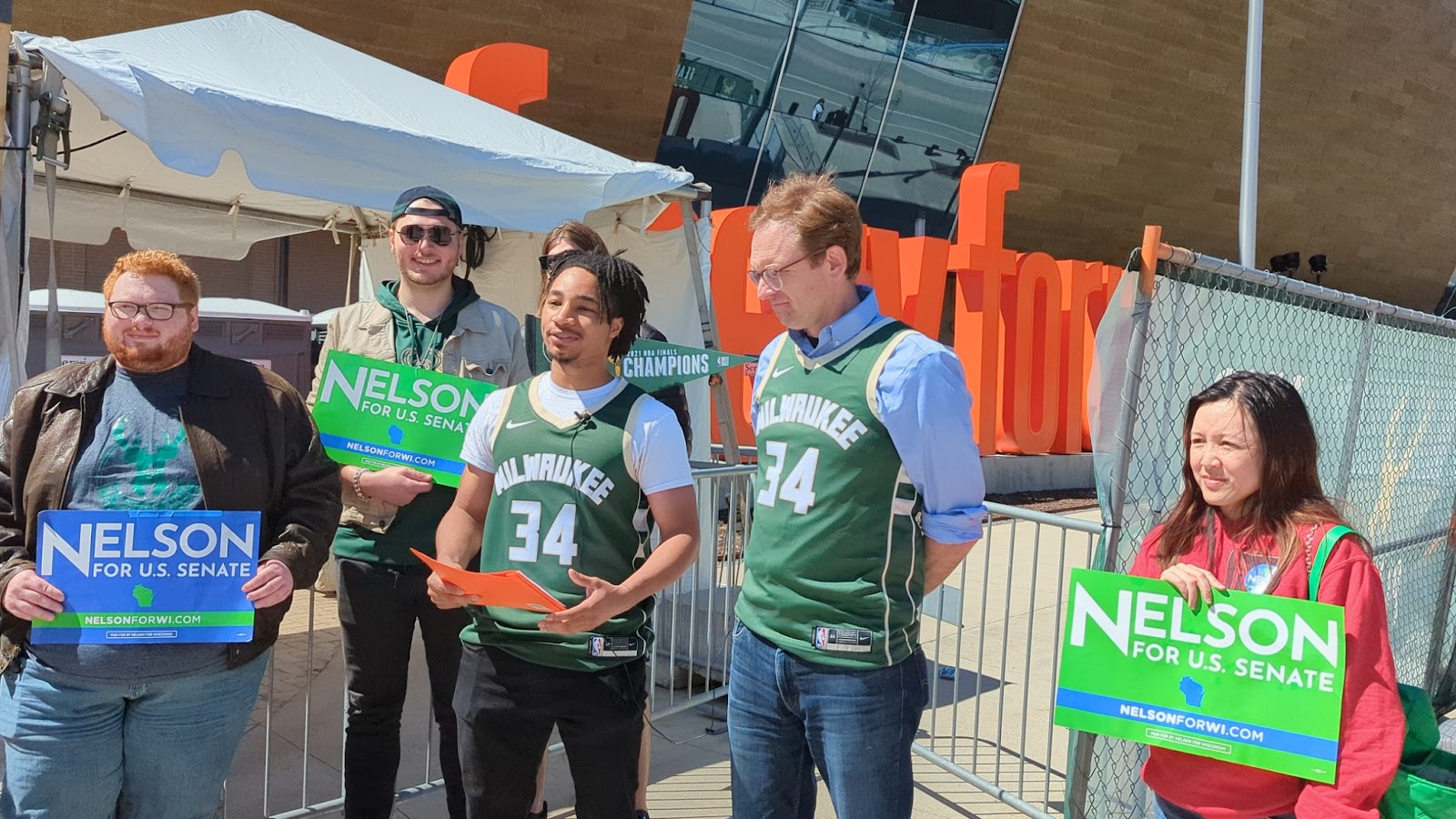