APPLETON –  U.S. Senate candidate Tom Nelson was outside Senator Ron Johnson’s Oshkosh office today to tout a $1.2 million check, representing the donations from the NRA to Johnson over the past decade. Nelson denounced Johnson’s inexcusable and outrageous response to the tragic massacre in Uvalde, highlighted by his blaming the teaching of wokeness and CRT for why we have school shootings.

Johnson’s other responses were to run away from reporters asking if he supported background checks and to promote the Luke and Alex School Safety Act of 2021, a bill that does nothing to address the heart of the problem, which is Americans’ easy access to military weapons of war.

Nelson said today, “Ron Johnson has taken $1.2 million from the NRA and the gun lobby so it’s no coincidence that Ron Johnson refuses to do anything in the wake of the Texas shooting. Instead he’s blaming CRT and wokeness for school shootings. This is ridiculous.The solution is staring us in the face. We need gun violence reform. We need background checks, red flag laws, and banning assault weapons,” 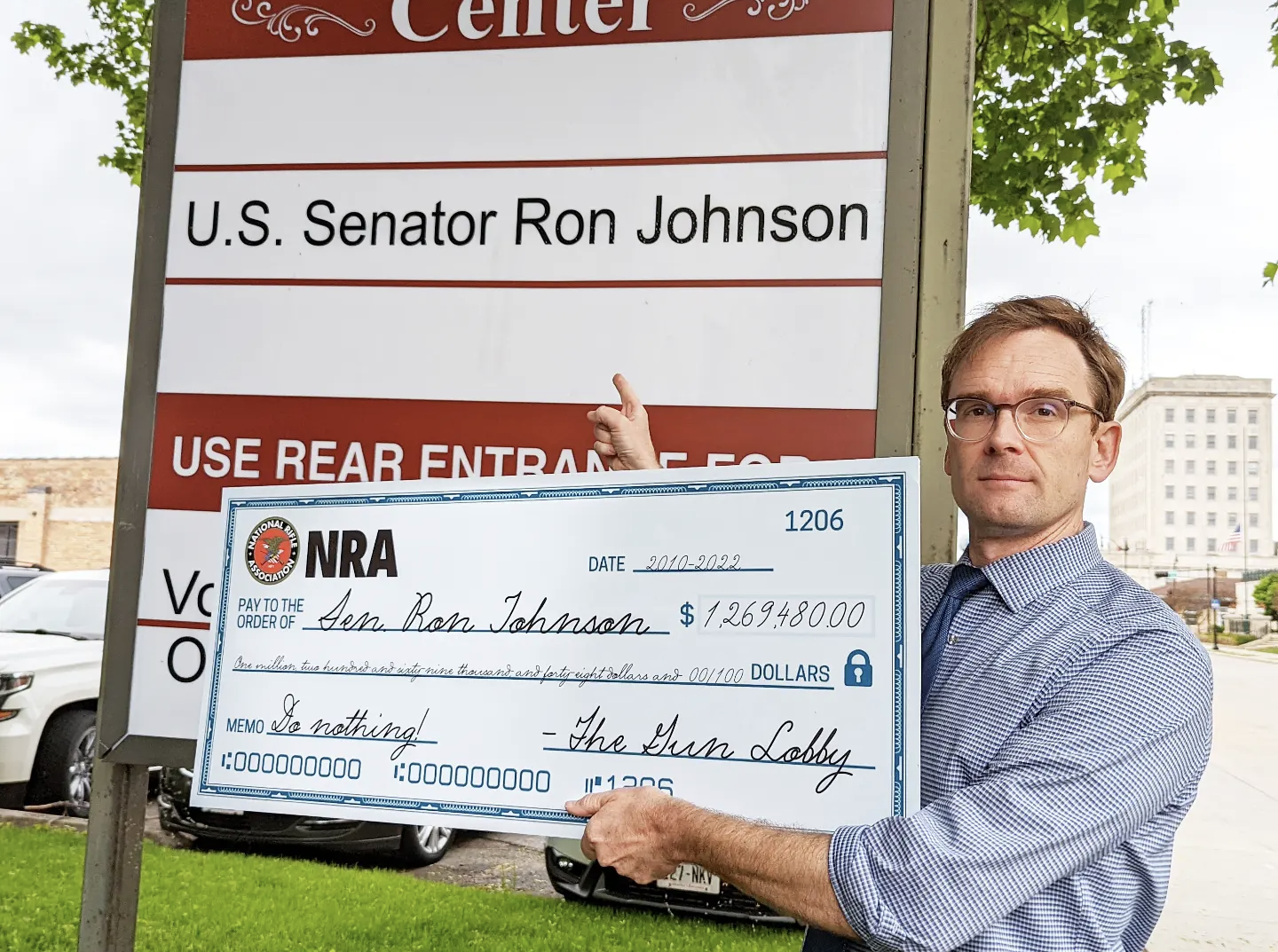