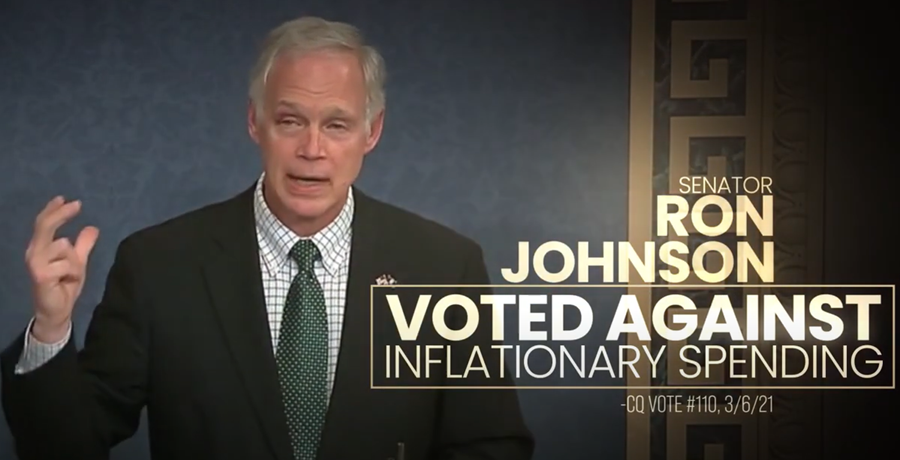 [Announcer] The DC liberals’ spending spree is out of control.

Jacking up inflation on Wisconsin families.

Wiping out wage gains and making it harder for families to make ends meet.

Senator Ron Johnson is fighting back.

Voting against the liberals’ inflationary spending and demanding accountability for Washington’s rampant waste and fraud.

Tell Senator Johnson: keep fighting to stop the reckless spending that is killing us with inflation.