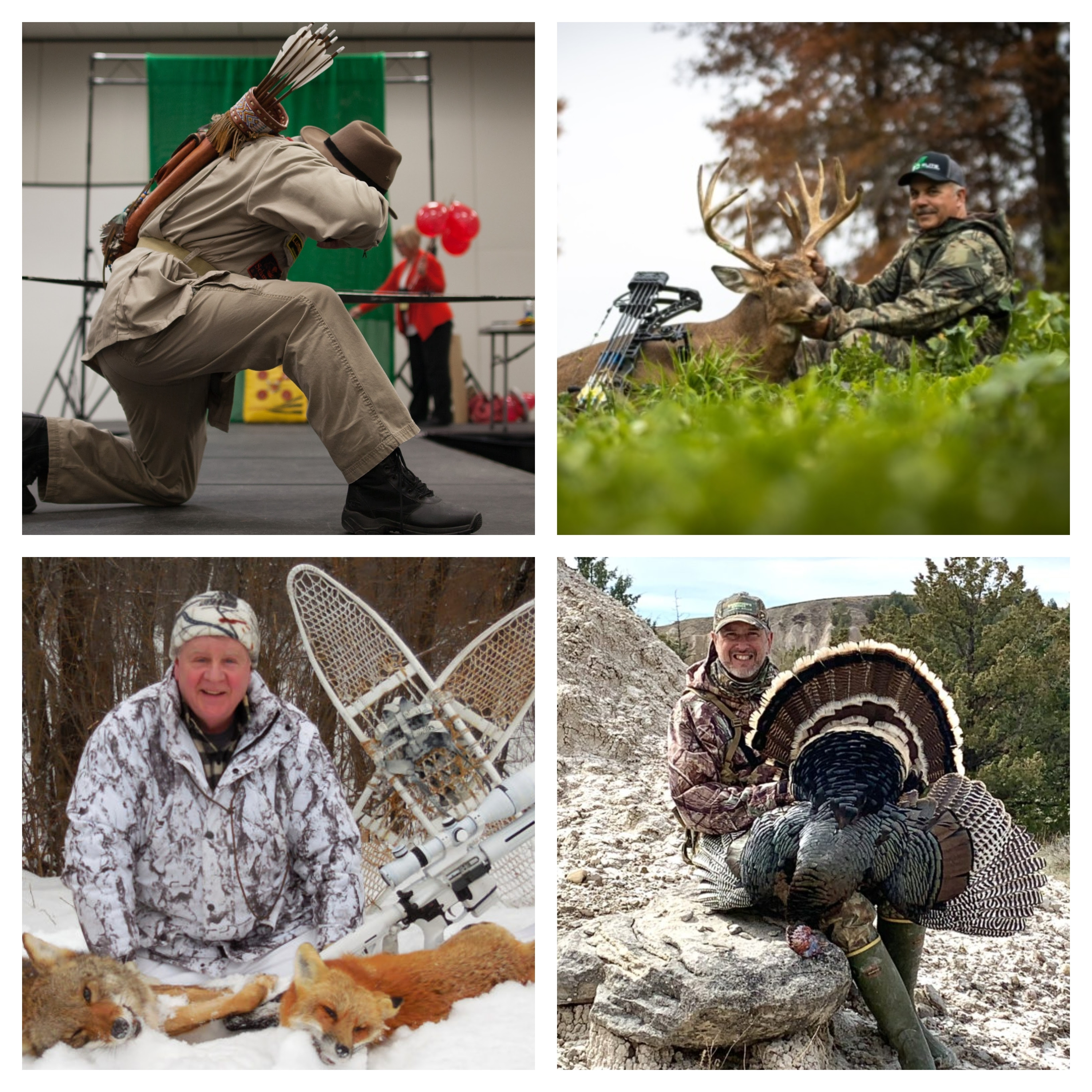 The Seminar Series will educate and inform outdoor enthusiasts, while a number of the features will offer enhanced entertainment value.

Always a highlight for attendees of all ages will be Byron Ferguson performing his widely popular Trick Shot Archery Show. The native of Alabama has been known to shoot a Lifesaver candy with his traditional bow and also shares various entertaining and often humorous stories from hunting excursions over the years.

Jason Clark will be hosting his entertaining and educational Snake Show. Known as the Southeastern Snake Encounter, Clark utilizes venomous and nonvenomous snakes of the Southeastern United States. Clark is a nationally recognized reptile handler with over 30 years of wildlife experience and is a certified Master Naturalist through the University of Georgia.

Tom Petry and Nick Ventura will be sharing insight on filming hunts. The pair co-owns Outdoor Media Group, producing their own show called Become 1 on Sportsman Channel, as well as four other Outdoor TV shows across the major networks. Petry has over 20 years of experience in producing outdoor videos and over 10 years as an educator. Ventura has produced shows on almost every outdoor network and has made his living as a field producer and editor in the outdoor industry, working with some of the top shows in the business.

Kevin Boyer will share his insight on building hunting property. Boyer, who has been hunting for 47 years, plants and test plots on his own farms as part of his research each year. Boyer prides himself in offering land consulting from knowledge of the soil’s nutrients, plant tissue, hunting experience and expertise in setting up a property from its soil to the successful hunt.

Mike Brust, who has called in hundreds of predators over the last 40 years, will share his insight on predator calling. He has pursued them throughout the West and Midwest. Predator calling is effective in reducing predation on other wildlife species and can even be financially rewarding. Brust is a 32-year veteran of the Wisconsin Conservation Congress, longtime president of Wisconsin Bowhunters Association and an outdoor writer.

Jeff Fredrick will focus his seminar on aggressive calling for a better turkey hunt.
He is a past Turkey Calling Champion, competing at the state and national level for 22 years, winning the state title in his home state of Wisconsin, 12 times. Fredrick has been building his own calls since 1994.

Alan Probst, who is a master trapper of coyotes, will share his methods and best practices as part of the Seminar Series. Probst is well known for being the host and producer of the Wild Pennsylvania TV show and has appeared on numerous TV shows across the country.

Tom Mesnard will be sharing his insight on Hunting Land Management. The TLM system, which he developed, has helped thousands of hunters in 27 states, dating back to 1984.

Art Helin will be speaking on the practice of patterning mature bucks. He has been hunting for over 30 years and hunts nearly every big game and turkey species across North America. Helin’s hunting success and passion for teaching others has led to pro/field staffer positions for many outdoor manufacturers. His expertise has been also been highlighted in articles for magazines and as a professional photographer, specializing in nature and wildlife.

For more information on the Wisconsin Open Season Sportsman’s Expo and to purchase discount tickets in advance online, visit www.OpenSeasonSportsmansExpo.com.