WISCONSIN — Today, Protect Our Care is releasing a new television ad on the urgent need to lower health care costs for the American people. The ad highlights President Biden and Democrats’ work to put more money in families’ pockets by giving Medicare the power to negotiate lower drug prices, capping insulin costs, lowering premiums and expanding affordable coverage. On the other hand, Republicans are standing by big drug companies and other special interests and would rather play politics on inflation than reduce costs for the American people. 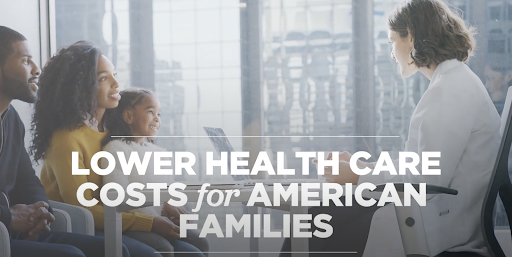 “The American people have made it resoundingly clear that they are tired of worrying about the rising cost of health care,” said Protect Our Care Executive Director Brad Woodhouse. “Measures to lower health care costs are among the most efficient ways to get more money in working families’ pockets. The contrast could not be clearer: while President Biden and Democrats are fighting to lower prescription drug prices and expand affordable care, Republicans are standing with the drug company lobbyists and shamefully playing politics with people’s lives.”

And expand coverage and lower premium costs for Americans buying health insurance on their own.

These health care measures could lower costs for the American people and put money in their pockets now.

But Republicans are unanimously opposed.

They’d rather stand with the special interests like drug company lobbyists and CEOs than lower prices and improve care for the American people.

Call Senate and House Republicans and tell them to stop playing politics with inflation.

Paid for by Protect Our Care.

Dept. of Health Services: Recommends COVID-19 vaccine booster doses to everyone 5 and older