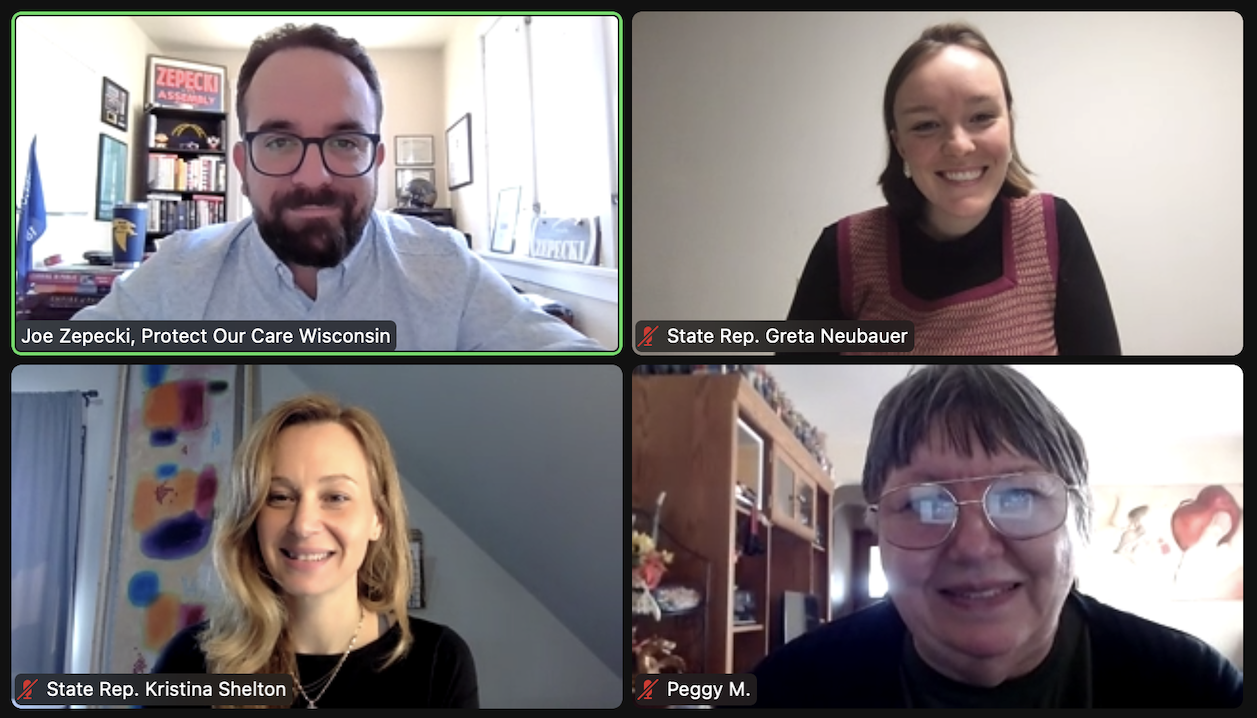 Medicaid expansion is essential to increasing access to quality, affordable health coverage and would bring more than $1.5 billion in federal tax revenue back to Wisconsin in 2021-22 alone. Research has shown that Medicaid coverage improves health outcomes, strengthens economies, and saves lives.

There has never been a better time for Wisconsin to expand Medicaid.

“Across Wisconsin, there are many stories of folks who are facing unimaginable choices when it comes to their health,” said State Rep. Neubauer. “This session, the Republican-controlled legislature missed numerous opportunities to expand Medicaid for our fellow Wisconsinites. Despite public support and federal incentives, Republicans continued to ignore the calls to expand Medicaid.”

Peggy M. from Tomahawk, WI is one of those Wisconsinites who had to face an unimaginable choice in the past due to Medicaid eligibility requirements. When she and her husband of more than 30 years found themselves just $100 above the income cut-off for Medicaid they found an alternative to ensuring they could get health coverage they could afford – divorce. As single adults each of them would have the ability to combine their Medicaid and Medicare plans, based on their fixed income, to get the coverage they needed.

Rep. Shelton underscored the value of access to health care, “Whether it’s gender affirming care, a yearly check up, access to counseling and mental health professionals, preventive screenings, or health education in our schools – let’s be clear – healthcare is a human right.” She went on to add that, “Wisconsin is way past due in taking action on one of the MOST common sense ways to make healthcare more affordable and accessible for all – and that is expanding Medicaid. But, it’s not too late. We can still take action.”