WASHINGTON, D.C. – Right Direction Wisconsin PAC, an affiliate of the Republican Governors Association, launched a digital ad reminding voters that Governor Tony Evers’ refused to acknowledge Wisconsin’s skyrocketing violent crime rate in his State of the State address. This is the RGA’s first paid media investment in Wisconsin in 2022.

The five-figure digital ad will run on social media. 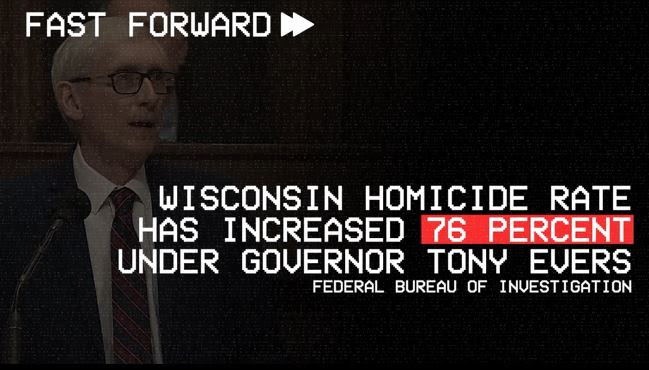 “Last week, Governor Tony Evers spoke for 47 straight minutes in his State of the State address, but he did not once mention the top issue for Milwaukee voters: skyrocketing violent crime,” said RGA Spokeswoman Maddie Anderson. “But who can blame him? The record-breaking murder rate is a direct result of Evers’ soft on crime policies. The RGA will make sure Milwaukee voters know what Evers’ priorities are, and unfortunately, their safety isn’t one of them.”