County after county across Wisconsin is facing budget-busting costs related to the state’s opioid crisis. Jails are full and treatment centers, where they exist, are often filled beyond capacity. Time and time again we have heard from county officials that they need more from a state government that has too often left them to face this crisis on their own.

Hampered by state revenue limits, counties are often forced into costly borrowing to cover the costs of transporting and housing Wisconsinites caught up in this epidemic in other parts of the state. And property taxpayers are forced to pick up the cost.

While we agree that individuals must bear the responsibility of their decisions, big pharmaceutical companies like Purdue Pharma must accept their responsibility in helping create the current opioid crisis.

For over a decade pharmaceutical companies used deceptive practices to knowingly promote the use of dangerous opioids for a wide variety of less severe, longer term pain conditions even though they knew their products were highly addictive and subject to abuse. It is no coincidence that after all these years we are now experiencing the worst opioid crisis in our history.

Several months ago, the Legislature took up a well-meaning package of bills in special session to address the public health crisis. We put forward an amendment to one of the bills calling on the Attorney General to report on prospects for suing pharmaceutical companies for their role in the explosion in opioid prescriptions, addictions… and profits.

This could have been an opportunity to ensure these companies do not shirk their responsibility for the costs of the opioid crisis off onto Wisconsin taxpayers. But that amendment was defeated on party lines.

The next morning the Attorney General announced he would investigate the possibility of a lawsuit.

That was in June, back when the Brewers were in first place and summer was in full swing. The World Series has ended, Wisconsin kids are long since back in school and counties are facing this crisis with no more help than they had this summer. It’s long past time to stop considering action and time to take it.

Wisconsin citizens and taxpayers are well-served by local officials acting for the public good. It’s time for their partisan counterparts in Madison to do the same. We are disappointed that the Attorney General has left it to county officials and taxpayers to seek responsibility from Big Pharma on their own.

During our Senate debate of the state budget this fall, we put forward another amendment with Senator Chris Larson of Milwaukee that would have again asked the Attorney General to join his colleagues in other states and in a growing number of Wisconsin counties by calling pharmaceutical companies to task for their role in this crisis. That amendment would have dedicated any judgement to local costs, reducing the burden on your property taxes and putting the responsibility for this crisis where it belongs.

That amendment, again, was defeated along party lines.

We took important steps this spring to help families face opioid addiction with the backing of increased resources and compassionate laws. It’s time now for the Attorney General to step up to make sure that counties and property taxpayers do not face this burden alone. 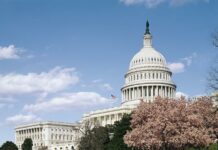