Opinion Bill Kaplan: Do the math, Medicaid and healthcare

Only 12 states, including Wisconsin, have refused to implement Affordable Care Act (ACA) Medicaid expansion, despite fiscal, health, moral and political benefits. Wisconsin looks like an outlier as GOP states continue to move forward expanding Medicaid. Perhaps Wisconsin GOP legislators lack math skills because they were truant. The math deficit is compounded by their ideological straitjackets. Moreover, refusing to admit error or that circumstances have changed, they remain trapped in a self-imposed corner.

However, the North Carolina GOP-led state Senate recently reversed its longtime opposition to Medicaid expansion. GOP Senate leader Phil Berger explained the change: “The Affordable Care Act is not going to go away. At this point in time, all legal and legislative attempts to overturn that act have not succeeded, and I do not think they will succeed in the future. It’s highly unlikely that the (federal) 90% cost share will change.” Moreover, Berger extolled the Biden administration’s two-year 5% federal increase for a state Medicaid program if it expands Medicaid as “good state fiscal policy …” (Wisconsin is losing out on $billions).

North Carolina Republicans also pointed out Medicaid expansion “is a rescue plan for our hospitals, especially our rural hospitals, all of whom have had rough times through the pandemic.” Relevant for Wisconsin as the state healthcare system is under enormous financial strain. Expiration of federal pandemic funding for rural hospitals means seven in Wisconsin could fail (Center for Healthcare Quality and Payment Reform). Future Medicare payment cuts, inadequate private insurance payments, increasing uncompensated care and lack of Medicaid expansion will especially impact rural Wisconsin.

The fiscal folly and immorality of the Wisconsin GOP-led legislature in opposing Medicaid expansion will soon be more consequential. Hundreds of thousands of Wisconsinites enrolled in Medicaid during the pandemic. Wisconsin received increased federal funding, but in turn had to agree not to kick off new enrollees as long as the COVID public health emergency lasted. Disaster looms as the federal government may soon end the emergency with its coverage protections. Some Wisconsin Republicans can’t wait to begin purging enrollees. What will happen?

However, there are promising signs that a congressional reconciliation bill (can’t be filibustered) will be introduced soon. It will be narrow and realistic to get the support of all 50 Democratic Senators. It may include drug cost relief, some climate change tax provisions, tax increases on the wealthy to bolster Medicare and extending the enhanced ACA tax credits. Hope is in the air, despite GOP obstruction. 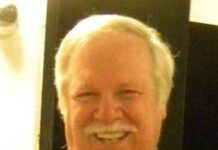