Friday brought two contradictory GOP proclamations. The Republican National Committee denounced GOP Representatives Liz Cheney (WY) and Adam Kinzinger (IL) for their role in the House investigation of the January 6, 2021 U.S. Capitol assault, disingenuously condemning them for “persecution of ordinary citizens engaged in legitimate political discourse.” An Orwellian phrase for a violent mob that desecrated the Capitol, resulting in 140 police injured, including two who later died, and over 725 rioters charged, including 6 Wisconsinites.

Later that day former Vice President Pence finally said the obvious: “I had no right to overturn the (2020 presidential) election.” Earlier Trump lied, saying that Pence could have “overturned the election” on January 6. Pence went on to declare: “The truth is there’s more at stake than our party or our political fortunes. If we lose faith in the Constitution, we won’t just lose elections – we’ll lose our country.” A concept that Trump repudiates.

The January 6 insurrection was Trump’s attempted coup. General Mark Milley, Chairman of the Joint Chiefs of Staff, told aides: “This is a Reichstag moment. The gospel of the Fuhrer” (Washington Post). Milley was referring to the 1933 fire at the German parliament building, a pretext Hitler used to establish an absolute dictatorship. Trump failed in his scheme to use the U.S. military to hang onto power. He had explored having the military seize voting machines to rerun the election. A draft executive order was prepared. However, the U.S. military stood on the side of democracy.

Trump tried many other efforts to “overturn” the 2020 election: “He was pushing his Republican allies in Congress (Wisconsin GOP Senator Ron Johnson) to disrupt the counting of votes, pressuring local officials (Wisconsin GOP legislative leaders) to undo results on the state level, trying to get an assist from the Supreme Court, and demanding his vice president use power he didn’t really have “ (Betrayal by Jonathan Karl). When all failed he incited a violent mob on January 6.

About 10 percent of those charged had a military service record. A few were on active duty. One participant was former U.S. Navy Seal Derrick Van Orden, GOP candidate for the 3rd congressional district (CD). He has subsequently lied to minimize his involvement in the violent coup, belied by photos and social media videos. He is not fit to serve in Congress. General Milley said: “We are unique among militaries. We do not take an oath to a king or a queen, a tyrant or a dictator. We do not take an oath to an individual. … We take an oath to the Constitution” (Washington Post).

However, the 3rd CD has two well-qualified alternatives to Van Orden, Democratic candidates Deb McGrath and Brad Pfaff. McGrath is a former CIA and State Department official, and U.S. Army officer. Pfaff is a state senator, elected after the GOP-led legislature refused to confirm him as Governor Evers’ secretary of agriculture. Both are patriots with long public service records. Unlike Van Orden, they will relentlessly defend democracy.

Kaplan wrote a guest column from Washington, D.C., for the Wisconsin State Journal from 1995 – 2009.

Dave Zweifel: Beware of Republicans who say, ‘Nothing to see here’ 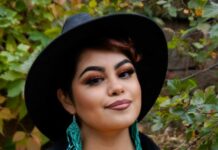