In a NYT op-ed, President Biden clearly laid out why the United States has opposed Russian aggression against Ukraine: “We want to see a democratic, independent, sovereign and prosperous Ukraine with the means to deter and defend itself against further aggression.” Accordingly, the U.S. and NATO have provided massive military assistance, including “advanced weaponry”, to Ukraine.

Acting like a wise statesman, Biden said: “We do not seek a war between NATO and Russia. … (The) United States will not try to bring about (Putin’s) ouster in Moscow. So long as the United States or our allies are not attacked, we will not be directly engaged in this conflict, either by sending American troops to fight in Ukraine or by attacking Russian forces. … We do not want to prolong the war just to inflict pain on Russia.”

Earlier, McConnell went to Ukraine to box in Trump and GOP senators who opposed helping Ukraine. McConnell said: “We have sort of an isolationist wing, and I think some of the Trump supporters are sort of hooked up with the isolationists … . And I felt this (Ukraine trip) would help diminish the number of votes against the package.” Only 11 GOP senators opposed additional military aid. Wisconsin Senator Ron Johnson flip-flopped and voted yes.

However, the Trump-loving, Biden-hating isolationist wing of the House Republicans is a growing problem in a closely divided House. Tiffany is a ringleader: “The events now unfolding in Ukraine are a direct result of failed Biden administration policies … .” Tiffany opposed suspending import of Russian oil to the U.S., voted no on expressing support for NATO and voted against legislation to allow the U.S. to loan weapons to Ukraine (vote passed 417-10). All other Wisconsin representatives voted yes.

Tiffany’s press release said: “While Americans are confronted with the highest inflation in 40 years … Biden is requesting billions more in aid for Ukraine … .” Many GOP press releases echo Tiffany. However, if the GOP is serious about fighting inflation there’s a way to help.

The British conservative government has imposed a 25% windfall tax on the increased profits of Big Oil. BP, Chevron, ConocoPhillips, ExxonMobil and Shell have reported recent record profits for 2022. The British will use the proceeds to help the “most vulnerable” and provided tax deductions for companies that produce more oil. Meanwhile, Big Oil in the U.S. is sitting on unused approved federal permits to drill. Will Tiffany fight Big Oil and support Ukraine? 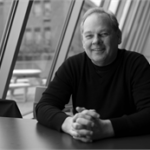