People have a right to criticize the government. But public officials like Chris Smith, the village attorney in Mount Pleasant, Wisconsin, have an unethical weapon they can use to punish dissent.

They can file bogus defamation lawsuits against their critics. They don’t need to win their cases to silence those who question their authority. Simply forcing a private citizen to lawyer up and endure an expensive legal ordeal is enough to send a message.

Although the tactic makes a mockery of the First Amendment, the practice is common enough to have its own name. Lawmakers call it “Strategic Lawsuits Against Public Participation” (SLAPP). This type of litigation is unfortunately effective against underfunded opponents who have little more than Facebook and Twitter to fight back.

Smith sued local activist Kelly Gallaher on March 7, 2022, after she challenged his timeline of events surrounding a vote to extend term lengths for Mount Pleasant trustees from two years to three years. Gallaher asserted that the decision was rushed. Smith countered that discussions on the topic began in 2018, suggesting that a long deliberation had occurred.

The claim did not ring true to Gallaher, the spokeswoman for A Better Mt. Pleasant, a community watchdog group. She follows local politics closely and had not heard anything about the change until January, the same month the vote occurred. Yet before accusing Smith of lying, Gallaher did her research.

She emailed Smith and asked for public records showing prior discussions on term lengths. After some back-and-forth, Smith acknowledged that the only public meeting where the topic had come up prior to January was nine months earlier in April 2021. Even then, no mention of term lengths appeared in the agenda or minutes.

Smith’s media comments appeared sketchy at best. But he still insisted that his statements were accurate because informal discussions had occurred without public knowledge. He just couldn’t document it. So when Gallaher called him out, he threatened to sue her unless she issued retractions.

Worried about the expense of going to court, Gallaher complied. But Smith sued anyway. He alleges that Gallaher caused him emotional distress, but his complaint falls short in two ways.

First, defamation requires the publication of false information. Gallaher gave a true description of events based on official records. Private talk might have occurred as far back as 2018, but Gallaher raised her concerns in the context of the formal rulemaking process. She wanted transparency, not backroom discussions behind closed doors.

The second hurdle is even more problematic for Smith. As a public official, he must show not only that statements made about him are false and defamatory, but also that they are made with “actual malice” or reckless disregard for the truth. Yet Gallaher acted in good faith, even going so far as to file a public records request and wait for a response.

Smith tries to get around this hurdle by describing himself as a private citizen. But as a village attorney, Wisconsin law makes him a public official. He cannot speak to the media in his official capacity and then switch hats in court to gain a legal advantage.

Smith may well know this. But he also may know that a SLAPP claim does not need to be winnable to be effective. Rather than accept the abuse, Gallaher will defend herself with representation from the Institute for Justice, a public interest law firm.

The general public and government watchdogs should never face this kind of legal intimidation. Recognizing the harm of SLAPP litigation, several states have passed laws giving defendants a quick way to dismiss meritless lawsuits. Texas passed its version of anti-SLAPP legislation in 2011, following Institute for Justice intervention on behalf of journalist Carla Main.

Main faced a bogus defamation lawsuit after she highlighted eminent domain abuse in Freeport, Texas. Other frivolous lawsuits have occurred in Clarksville, Tennessee; Renton, Washington; and St. Louis. All these cases involved well-lawyered plaintiffs using their resources to chill free speech. The intimidation is even worse when it comes from government officials.

Smith may not like being accused of lying, but Americans must be free to criticize government officials without facing retaliation. His rush to court without a path to victory undercuts the rights that all citizens are all supposed to enjoy.

– Daryl James is a writer at the Institute for Justice in Arlington, Va. 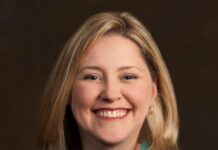 Julie Lassa: On the road to success in rural America